You might know Metal Slug as a side-scrolling, action-filled series but it's not the only genre that the series visited.

Created for mobile, Metal Slug Defense was a lane tower-defense in which you placed units to get to the ennemies' bases.

It was quite successful and we warned you about the imminent sequel at the end of last month. SNK made good on its promise as the game's now available on iOS and Android to celebrate the series' 20th birthday.

As we said, you can now create guilds, compete in real-time and asynchronous battles online, and there is also a permanent map where you can conquer bases that can be taken by other players as well.

It looks like an expanded sequel filled with interesting features.

Check them all out in the trailer below: 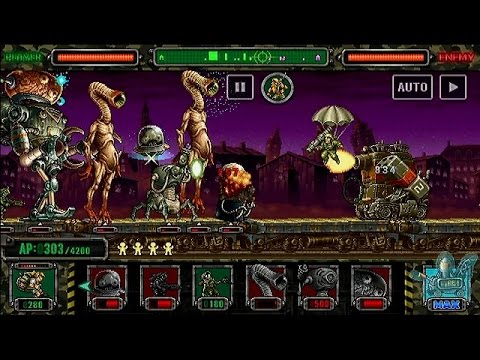