Developer Bank of Innovation’s newest project, a dark and sombre mobile RPG entitled MementoMori, has officially been announced and is available to pre-order. This new title currently has no release date but is offering up some free rewards for hitting pre-register milestones.

Featuring a beautiful water-colour art style, a unique premise, and even theme songs specific to each girl meant to represent their lament, MementoMori is certainly not short on style and flair. Though, by the looks of the art and the story details currently on offer, this style and flair might be darker rather than upbeat and exciting.

With characters that are described as having a burdened past and watercolour art that truly does give you a sense that this is going to be a very emotional tale, it’s almost easy to forget that you’re looking at a mobile game that is actually planned to be an idle RPG. 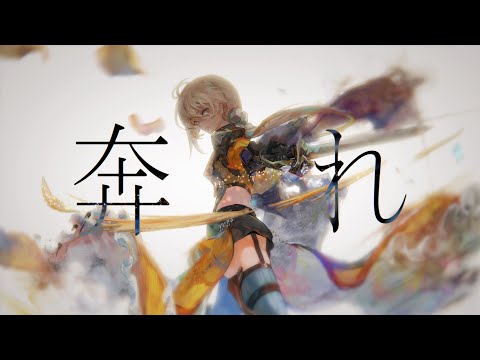 We do also have some light story details and know that MementoMori is a witch-themed adventure that sees the main cast take on the role of witches that are being hunted down by citizens of the world until curses suddenly invade the nation. The witches will have to defend the world against this evil force while also battling the prejudice being thrown their way by the common man.

So, with a world like that and a title that literally means remember you must die, this one seems to be more in line with something like NieR: Reincarnation or another one of the much more deep and philosophical RPGs. As for gameplay itself, it seems like it may be akin to others in the idle genre, allowing you to build up a party of these witches and utilize their power to surmount harder and harder content, be it actively or passively while your phone is off.

If an emotional semi-AFK role-playing experience, in which you’ll get to learn more and more about each member of the story and their dark pasts, sounds like something you’re into, you can pre-order MementoMori right now on the App Store. For pre-registers, which have already reached 300,000, meeting various milestones will net players free rewards when the game officially launches, so be sure to hop on those while you still can!

Looking to tug on those heartstrings a bit with more emotionally driven titles? Check out our Top 10 best narrative adventure games you can play right now!
Next Up :
Honkai: Star Rail opens closed beta registrations for second wave of testing