You can register for the Mega Man X Dive beta now

Get your Mega Buster ready

Mega Man X Dive is Capcom's newest mobile take on their long-standing franchise. It's set to eventually release on both iOS and Android. You can register for the beta on the official site now so long as you're on Android, Apple users will have to wait for now. Registrations are open until 22nd August.

The game itself will aim to be an authentic Mega Man experience, taking on the form of a side-scrolling shooter with all the jumping, climbing and dashing you'd expect. Despite being a 2D perspective the game was developed in 3D in an attempt to give players a greater feeling of depth in combat.

Whether or not a true Mega Man experience can be achieved on mobile remains to be seen. But based on the incredibly brief gameplay trailer that you can see below, it at the very least looks lovely. 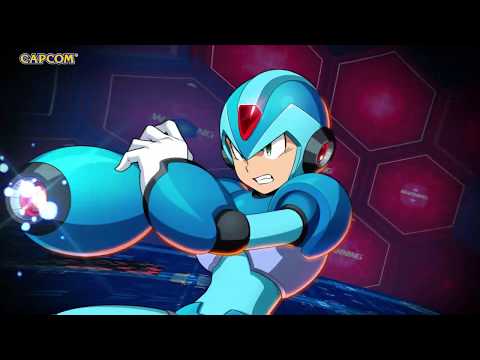 Megaman X Dive looks to be a nostalgic trip of sorts, promising to let you play as characters from various games in the franchise such as X, Zero and Axl. This also means you'll get to revisit a lot of older locations as the story will be centred around repairing damaged memory logs that have been attacked by Mavericks.

According to the official site, it will be a free-to-play game rather than a premium offering. This will likely mean that extra characters will have to be purchased, either through an in-game currency that requires grinding or actual money.

No specific release date has been given yet, though as the beta has only just been announced we may have to wait a little while longer for the full release. If you're excited about it and want a chance to play it asap, then sign up for the beta over on the official site.

Check out our news section to discover the latest, and greatest, games.
Next Up :
Boxing Star celebrates 4th birthday with a ton of free handouts as well as some new content