From Ravenhearst to June's Journey: Why you should be playing more hidden object games

Much more than I Spy

Hidden object games. They're like the romance novels of the gaming world, shoved to the back shelf and carrying the stigma of being slightly trashy, or at the very least, fluff. It's easy to write them off as a repetitive genre without much depth, something your mom might play in the evenings to unwind before bed.

But if you haven't taken the time to check out a hidden object game (or HOG) or two, you're missing out. Most of them can be completed in a few hours, making them my favorite games to take on a trip, or for when I'm looking for a game I can easily dip into for a few minutes on a break.

Be sure to check out the many thoughts, opinions, and other features by the wonderful writers and columnists at Pocket Gamer.

Many also feature some stunning artwork, with hand-painted scenes that can rival the artwork of plenty of mainstream games. With no timers to answer to, scenes can be completed as quickly or as casually as you like, and the mostly self-contained storylines means there's no need to worry about completing a certain series in order.

Part of the fun of HOGs is that there's a game for almost any genre you can think of. Want to go vampire hunting on the Mississippi River? Or explore a remote mountain monastery? How about a whole series focused on dark retellings of fairy tales? Want to face off against undead pirates, or perhaps you prefer a more Lovecraftian tale? HOGs have you covered. The storylines can range from the serious to the semi-ridiculous, and embracing their occasionally melodramatic nature is part of the fun.

Despite the difference in stories, there's always a few elements you can count on showing up. There's always a problem that needs solving – usually rescuing someone or solving some type of mystery – and to move through the story you must find (and sometimes assemble) objects and tools to help you. This is done through the titular hidden object scenes, though there are often other puzzles to help give you a little variety. 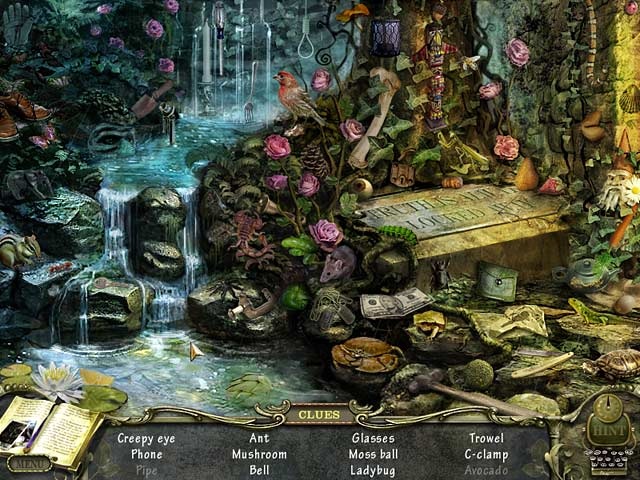 Take, for example, Big Fish Games' Mystery Case Files: Return to Ravenhearst, which is part of an older series, but still holds up exceptionally well due to the ease of the mechanics and haunting backgrounds.

You're tasked with uncovering a lurking evil in Ravenhearst manor, after being delivered a spectral message. This is a classic example of standard HOG fare, and if you like the premise, an excellent place to start dipping your toes in the genre. 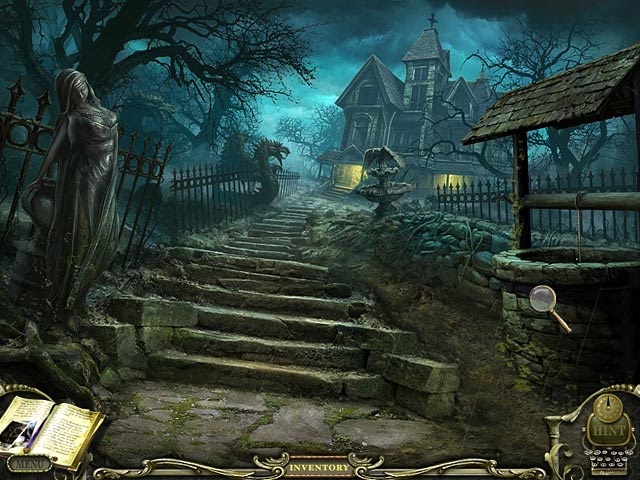 You'll navigate through various scenes by clicking, either on directional arrows or on objects to interact with, such as a lock on a gate. Particular locations (usually indicated by sparkling stars) reveal a hidden object scene, and finding all the objects will gain you a tool to help solve various puzzles.

The puzzles themselves can be fairly obvious, but if you haven't played a HOG before the linear gameplay makes Ravenhearst a good place to become familiar with the game mechanics.

Another constant in HOGs is that the protagonist of the game is almost always a woman. On the one hand, this says a lot about who the games are marketed towards, and why they might evoke the same kind of stigma that, say, romance novels do.

On the other hand, this also fills a noticeable gap in a lot of mainstream games. These protagonists are no shrinking violets – capable investigators or heroines themselves, they are ready to charge in to solve the mystery or save the day.

A prime example of a capable heroine is June, from June's Journey by developer Wooga. Here you play the part of June, who arrives at the family estate to visit her sister, only to find that her sister and brother-in-law have been killed, and her young niece, Virginia, has proof that it was murder.

June is immediately ready to investigate, and despite the obvious trauma of losing her parents, her niece is eager to help – in fact the first clue she offers June is a photograph of the murder scene. 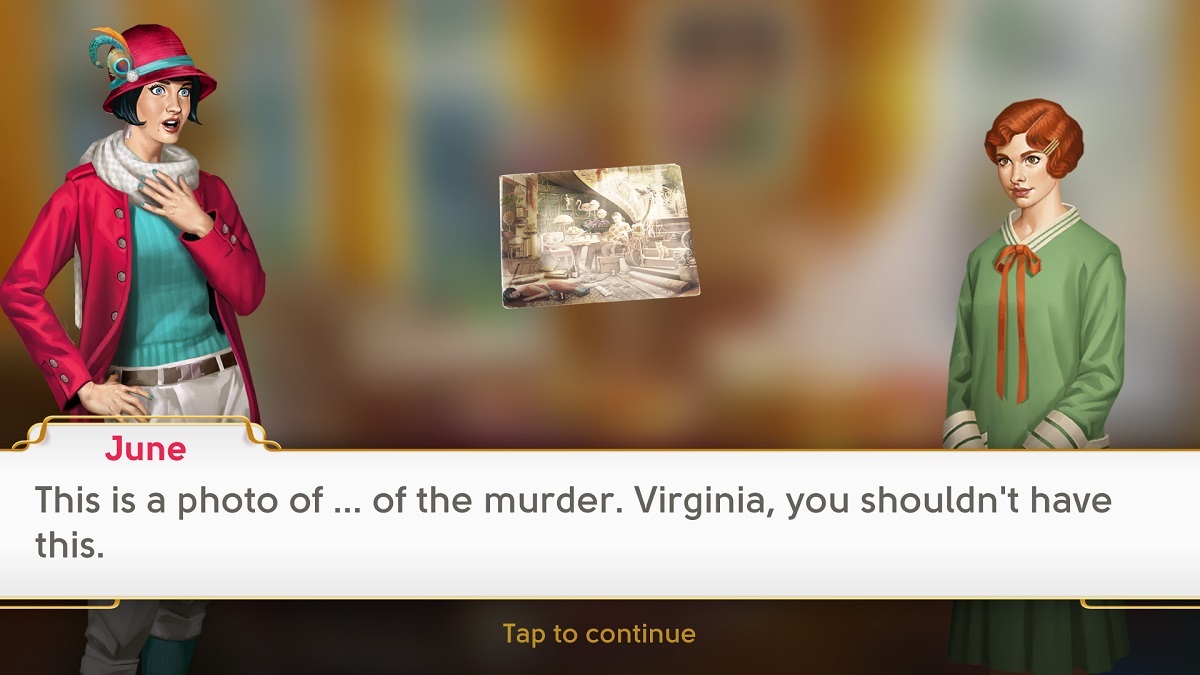 June is appropriately horrified that her niece has a photo of her murdered parents, but she also listens to Virginia and takes her seriously, where the police immediately dismissed her.

As soon as it becomes clear that Virginia's parents were murdered, June is ready to do what the police won't, and track down the killer. She keeps a clear head and a logical approach throughout her investigation, even when her eventual male companion does not.

But if streamlined gameplay and strong women don't appeal to you for some reason, the artwork in HOGs will. Scenes are often lavishly illustrated with objects hidden in beautiful and sometimes haunting environments. This is one of the things I love about these games – the story may be rather thin and predictable, but the artwork is pure candy for your eyeballs.

Artifex Mundi is well-known for the beautiful artwork and quality of their HOG games, and Grim Legends 3: The Dark City is far and away one of my favorites.

The premise is that the heroine, Sylvia, who is part of an ancient protective order, needs to team up with her master, Solomon, to stop an inter-dimensional nightmare monster being loosed on their city and stronghold. It's like someone mashed together Assassin's Creed and The Order: 1886, and it's fantastic. 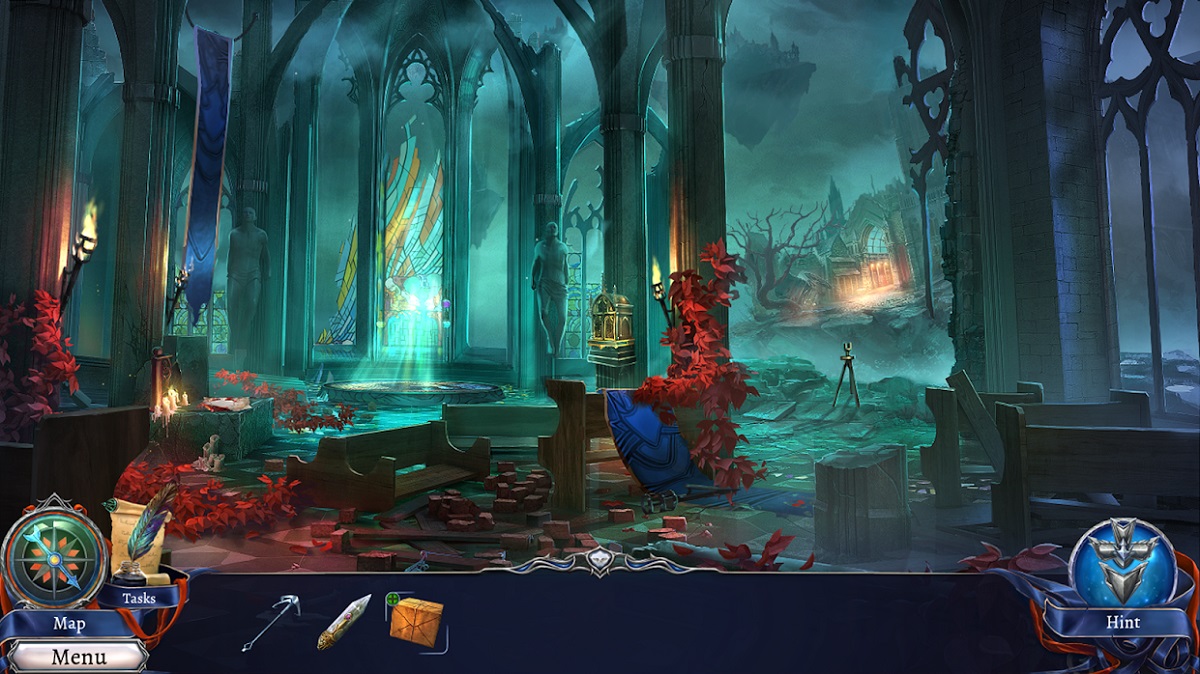 The settings range from a broken, ancient cathedral to a city being torn apart by darkness. The dark blues and greys are haunting, offset by bright candlelight or lanterns meant to catch your eye and direct you towards places of importance.

These are scenes that look like they could come from the art book of a triple-A game, and the puzzles themselves are a jumble of beautifully-rendered objects that beg to be inspected closely. 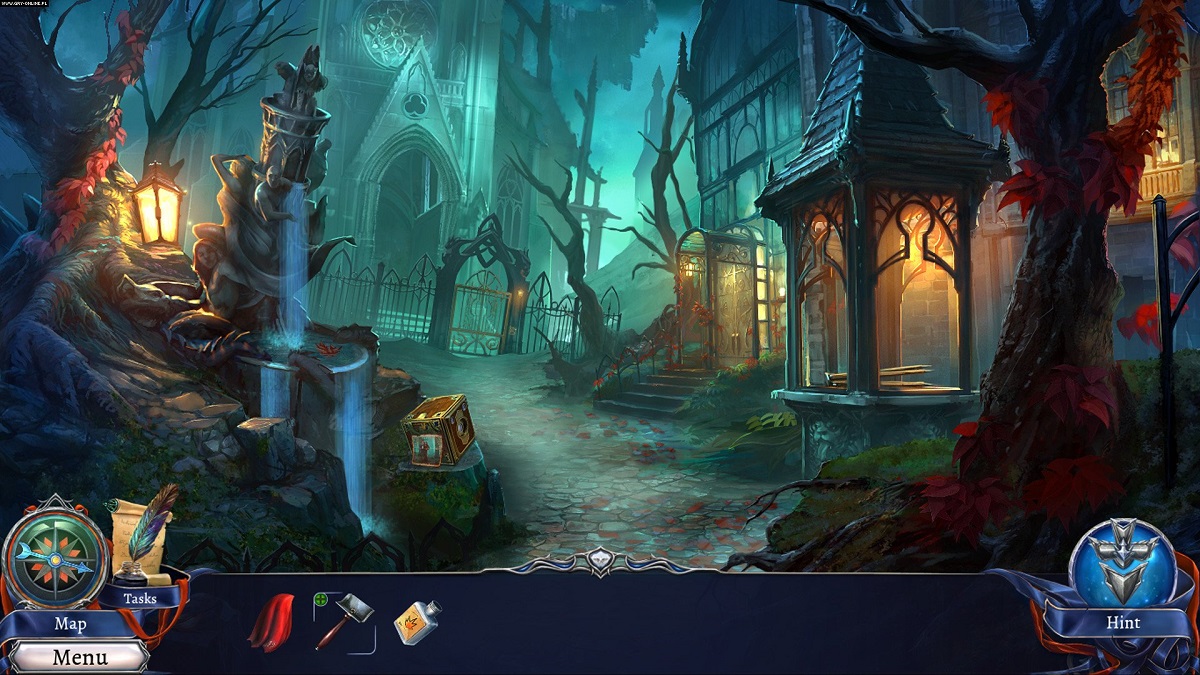 Navigation throughout the game feels intuitive, and the puzzles here show how much further the genre has advanced since Mystery Case Files: Ravenhearst. Nothing here seems forced – puzzles flow together in a way that feels more like a point-and-click adventure game rather than a series of scenes.

Sylvia herself is another fantastic example of a female protagonist – where the men in the story struggle, she succeeds, coming into her own as a member of her order.

With all this in mind, dismissing hidden object games casts aside a whole realm of beautiful, fun games that are well worth your time. They may not offer complex storylines or deep, strategic gameplay, but they are an excellent respite from many of the more intense, time-demanding titles on mobile.

If you see a game with artwork or a concept that catches your eye, I encourage you to give it a try. I am always coming back to these games, eager to explore another fantastical storyline or just to get the chance to play a competent female character.

There's dozens more entries to the genre than what I've outlined here, so you're almost certain to find something to suit your tastes.

Got a hidden object game you love and want to shout about? Let us know in the comments!
Next Up :
Fantasy Town Diary: Days 5-7 - The circus comes to Fantasy Town