Marvel Strike Force has so many incredible characters in its roster. Rocket Raccoon, Iron Man, Hulk, The Punisher… It's hard to pick the team we want to roll with. But to even get close to picking, we need to unlock them first.

Whether you want heroes from The Avengers or the wider Marvel universe, these tips are sure to speed things up.

Take a look at all of the characters in the game right here. 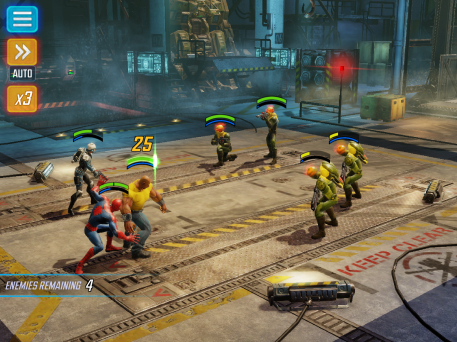 Find who you want

Bring up the roster list and find the character you want first. Think about who might be good in your team.

Protectors are good as they can take damage away from other characters, but an offensive playstyle is always pretty safe, honestly.

Once you've found the character you want, click "Find" on their profile to find out where you can get character shards from. It might be from campaign missions, achievements or a variety of other things, though often it'll simply suggest Premium Orbs, indicating you have no other way of collecting them - yet. 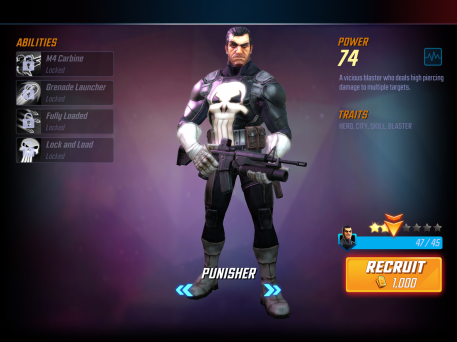 Achievements are good in general because, well, who doesn't like to achieve things? Grabbing character shards as rewards for playing the game is always good.

Especially since one character in particular, the Hulk himself, can only be obtained by grabbing loads of character shards exclusively from completing achievements.

Not to mention these will also reward you with experience and other goodies to make everything easier - seems like a natural choice, right? 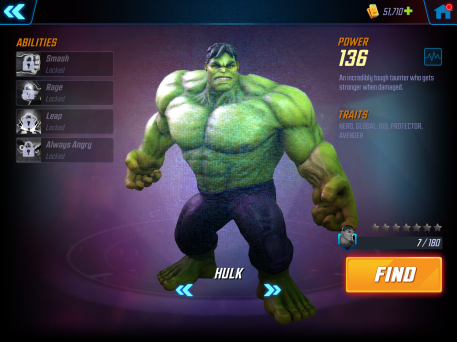 Logging in each day will give you daily rewards and some orbs to open up. This always helps, as you can work towards getting new characters more quickly simply by jumping into the game once a day, even if it’s just for a moment.

But after logging in once a day, remember you'll also have your energy completely refilled. This means you can bash yourself against a particular mission to grab shards, or continue with the campaign to rank up and get more shards available to you. 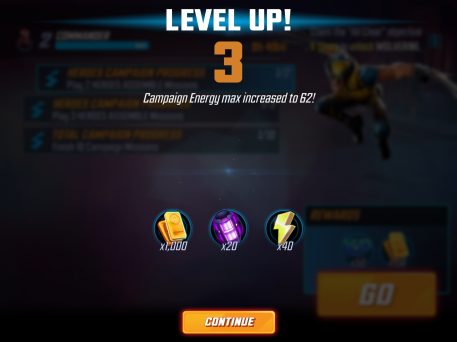 The campaign helps you get shards in more ways than one. Obviously, as we've mentioned, certain missions will reward you with particular shards, and you can repeat them to gain shards more quickly.

In addition to that though, progressing through the campaign as a whole will just give you more access to more missions, and therefore a wider number of a characters from the roster you can work towards without using Premium Orbs.

Getting new characters is essential for the campaign, as many missions will restrict you to only using either Villain or Hero characters. 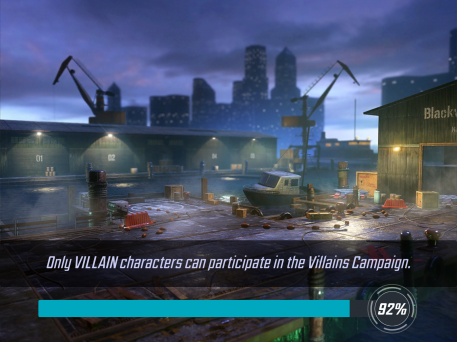 Events are a good way to earn new heroes, as they'll often award you with a whole hero - not merely just shards - simply for completing a few battles. The battles can get tough, but with a full team you should be able to do it.

But what if you simply just need to grind out those shards? Whether it's in campaign mode, event mode, or whatever. The answer is simple: auto battle.

While I don't suggest using it all the time as your character's behaviour can be a little erratic, auto battle and 3x speed will blast through missions and you'll get shards incredibly quickly.