Dating, gossiping, and beating up baddies

How do you fancy seeing what Marvel's Avengers were like in college?

You'll be able to once Marvel Avengers Academy hits iOS and Android in early 2016.

It'll let you build a Super Hero School as well as guide the paths of Captain America, Black Widow, Iron Man, and the rest of the crew.

Part of the game, then, is building training facilities, dorms, laboratories, classrooms, and sports stadiums. These can be used by the superheroes to upgrade their unique abilities.

They'll also be able to head outside of the school in new outfits to battle foes and discover new story lines.

But you'll have to juggle this with the complexities of their social lives. Going on dates and confronting rival cliques are among the events you'll be arranging for the young Avengers. 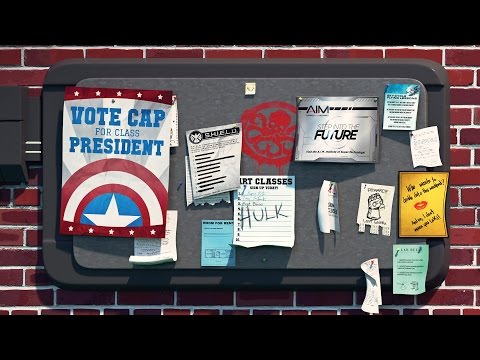 As an extra twist, we're told that there's a "shocking truth that lies beneath the very campus you’re exploring."

Whatever this truth is will reveal how the Avengers ended up at a superhuman university and how they become the heroes we know.

You can look out for updates to Marvel Avengers Academy and pre-register on its website.