If Nintendo wants Mario Kart Tour to succeed, then it's going to have to be free to play

The best Mario Kart ever?

iOS + Android
| Mario Kart Tour
Welcome to the latest in our series of Pocket Gamer columns. We're taking the best games writers in the industry and giving them a platform. Veteran journalist Jon Jordan is here each week examining the trends shaping your mobile games scene. Today: it's his vision for Mario Kart Tour...

So Mario Kart is finally coming to mobile.

Depending on your point of view, this is either the best or worst news imaginable.

After all, Mario Karts rank as either the most, or second most, popular Nintendo games for each console they’re released on.

One in 3 Wii owners bought Mario Kart Wii, while a fifth of 3DS owners have Mario Kart 7. And those Nintendo fanatics who bought a Wii U really loved Mario Kart 8 with over 60 percent shelling out for the game.

Yes, Mario Kart is popular, but Super Mario is pretty popular too and we all know how that played out when it came to mobile.

Partly the issue was Nintendo’s pigheaded “Free-to-Start” approach to Super Mario Run, which was to give players a small numbers of levels for free and then lock the rest of the fun behind a $10 paywall. In terms of gameplay, it made perfect sense. But in terms of how people play - and pay for - mobile games, it was a terrible decision.

The result was despite over 200 million downloads and generating up to $100 million in sales, Nintendo says Super Mario Run failed to make acceptable profits.

Certainly, subsequent mobile games - Fire Emblem Heroes and Animal Crossing: Pocket Camp - have adopted a more convention free-to-play model, with Fire Emblem proving to be a reasonable hit. It’s estimated to have generate around $200 million from 20 million downloads since it was released a year ago.

So where does that leave us with Mario Kart Tour, which is due for release sometime before the end of March 2019?

Of course, Nintendo being Nintendo, it could decide it’s going to focus on gameplay above profits and follow the same Free-to-Start model adopted with Super Mario Run. After all, Nintendo is currently making so much money from Switch, its mobile business is now irrelevant.

But this would be a mistake, one that ignores the main reason Mario Kart is so popular - its social nature.

Mario Kart’s status as a much-loved game has come from generations of friends and family sitting down in front of their Nintendo console and playing together and enjoying how Mario Kart mashes up skill and random chance to make pretty much every race tense until the very end. 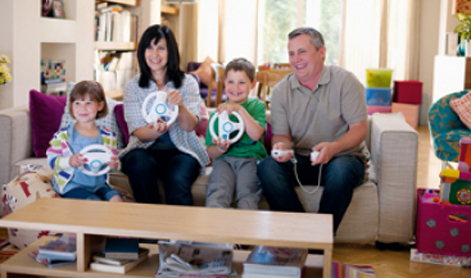 Of course, everyone has a mobile phone so Mario Kart Tour has the potential to be the most social Mario Kart game ever, because every time friends meet up, they can all whip out their phones and play it together.

Sure the Free-to-Start model could allow this with a social mode that anyone who downloads the game but doesn’t pay $10 for the unlock can access. But that approach has the potential to be divisive.

A much better option would to make everything in the game accessible to everyone, with additional content - especially high level characters, karts, skins etc - unlocked via time, money or a combination of the two.

That’s the free-to-play model in a nutshell.

This isn’t to say free-to-play’s focus on metagame and Mario Kart’s focus on gameplay will be easy bedfellows, though.

Giving players the ability to buy power-ups is a clear problem. Mario Kart as a play-to-win - or play-to-stop-someone-else-winning - game in which the richest player can buy the most blue shells wouldn’t be much fun at all.

Similarly, the most successful mobile F2P racing games have been energy-based drag racers like CSR Racing not karting games. Yet the moderate success of Rovio’s Angry Birds Go, released way back in 2013, demonstrates kart games can work well on mobile, while EA’s Real Racing 3 shows there remains plenty of interest in traditional racing gameplay on mobile.

P.S. As you may have guessed from reading last week’s column, no, I have not played The Room: Old Sins yet. But, there is still hope. I've not deleted yet... We'll be sharing more insight into the state of the industry next Monday and every week. Bookmark Jon Jordan's page now! Check out Susan Arendt's thoughtful dive into under-rated indie games too. And Harry's Hot Takes last week was all about the Super Mario Bros movie...
Next Up :
App Army Assemble: Railbound - "Should you go full steam ahead with this adorable puzzler?"