Marble Trap rolls out onto BlackBerry

The BlackBerry Storm has been pegged as a thinking man's iPhone alternative, but even folk who with a thinking habit need games to play. So Marble Trap is a small step toward closing the entertainment gap between RIM and Apple's handsets, featuring touchscreen and accelerometer controls on appropriately equipped handsets.

Marble Trap is a fairly plain, yet quite involved open maze type game – requiring you to fathom a way to roll the marble around the obstacles to the finishing point without losing it over the edge. It uses most every control system available to current BlackBerry handsets, including the trackball, D-pad and tilt 'n' touch systems on the likes of the gorgeous new Storm.

Check out Marble Trap being played on the Storm in the gameplay video below, and head on over to Nickel Buddy's website for a closer look. 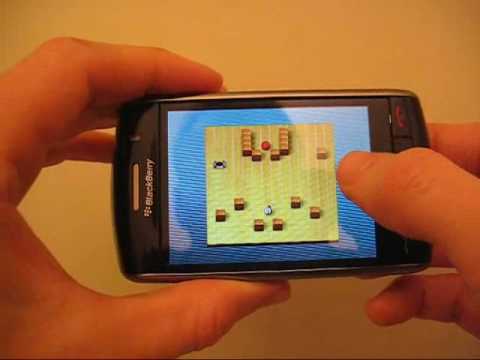 Subscribe to Pocket Gamer on
Next Up :
Google Play’s Best of 2021 awards have wrapped up. Who’s won what?