Mana Aegis is a four player roguelike platformer that aims to keep things simple - and I'm not just talking about the pixelated visuals.

Ease of play is important to the developers, who want beginners and hardcore players alike to enjoy the game.

That begins with the controls, which includes only a directional pad for movement and two buttons to direct each of the character's hands.

Unlike other roguelikes, there will be no plot, RPG systems, classes, inventory, or an economy. Everything will be kept as simple as possible.

That doesn't mean that there's no progression to speak of though. 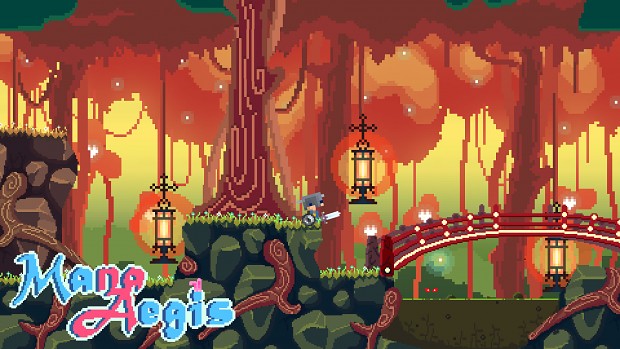 Abilities are tied to equipment like armour and weapons. You can have four of these equipped at any time which include teleport, double jump, special attacks, sprinting, and many more.

Artifacts offer passive upgrades that improve your character in a variety of different ways. Tons of these are scattered around the game.

There will be nine worlds to explore that are randomly generated, and no two enemies you face will be the same. They all have different stats and abilities so you'll have to remain cautious no matter what're up against.

Mana Aegis is headed towards iOS and Android soon. We'll keep you posted as it develops.

Thanks Christian V.
Next Up :
MLB Perfect Inning 2022 adds in-game content to coincide with MLB rule changes for 2022