Warner Bros. announced that it will launch a Man of Steel tie-in game to coincide with the release of the summer superhero blockbuster.

In the movie version of Man of Steel, fans will witness some of the events that led Clark Kent to become Superman. Or, y'know, led Superman to become Clark Kent - whichever way you choose to look at it.

The game will skip over the early years of Superman's life and get right to the action - because, let's face it, beating up bad guys is more fun than learning how to ride a bike on Krypton.

Man of Steel's focus will be on fighting, but Superman will employ a wide variety of powers to overcome his opponents.

In addition to delivering devastating hand-to-hand combos (he's Superman, shouldn't one punch be enough?), players can also launch enemies into the air, slam them down into the ground, or blast them with their heat vision when they're feeling particularly spicy.

Eager to spit-curl your hair and slip into the action yourself? You'll have to wait until June 14 when the game flies onto iOS and Android. 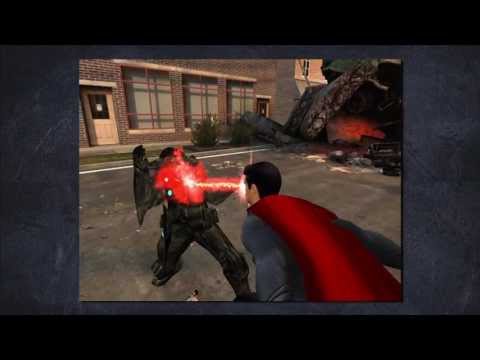 Men of Steel: 5 DC superheroes who deserve their own mobile game

[Update] Is it an Angry Bird? Is it a Pocket Plane? No, it's Man of Steel for iOS