Magick is a clever platformer designed from the ground up for touchscreens. That means there's no jump button and no floating joystick.

Instead you control the game with a series of taps. Tap anywhere on the level and you'll drop a crate that Oz, the hero of the piece, can clamber up. Tap on Oz and he'll change direction.

Push down on the screen and Oz will stop until you lift your finger again. You only get one crate to drop at a time, which makes some of the levels pretty damn tricky.

You also gain familiars as you play. These are magic creatures you can turn into in order to utilise a different power. The first one is a cat, for example, who lets you see in the dark. 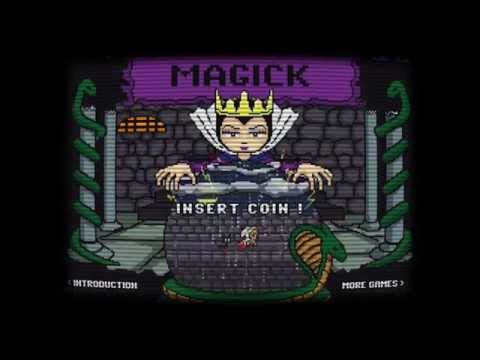 The game might sound a little sedate, but it ramps up the pressure pretty early on. You'll need to swap over crates in mid-step, and if you take too long during a level you'll get chased by a terrifying ghost.

On top of that there are bosses at the end of each chunk of levels. The first of them is a knight as big as a castle. I'm not even making that up.