Look at this video of ultra-minimalist trickshot-athon Magic Shot 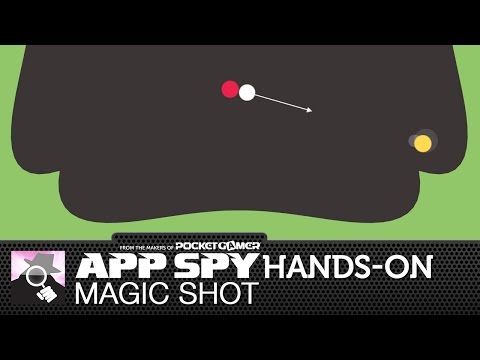 Magic Shot is like Billiards, if Billiards was just about hitting one ball against two others.

There are three modes included in Magic Shot: a sedate one in which you simply need to figure out how to hit both the yellow and red ball in one hit with the white ball, a more pressured version of the same in which you must complete the stage within a number of attempts, and a frantic outing that sees you racing against the clock.

Magic Shot warps billiards into a much more bizarre challenge, out on iOS now

Magic Shot might be the Desert Golfing of billiards, with optional hyperactivity