Mac's World, which launches in two weeks, puts players on a food hunt through a mysterious mansion

Its time to become a hungry dog on an adventure through a mansion in search of food because Daniel Jooryabi’s indie game Mac’s World is set to hit the virtual shelves on January 24th. Players take control of Mac, an extremely adventurous dog whose only goal is gathering chicken legs that are scattered throughout a mysterious mansion. Mac will come across obstacles, enemies who he can beat with frying pans, and numerous puzzles which will force the dog to think smartly if he wants his chicken.

Mac’s World is the work of Daniel Jooryabi, an Irvine-based developer who’s been in the mobile gaming space for over six years. His goal is to emulate classic platformers like Banjo Kazooie and Luigi’s Mansion and make mobile gaming an amazing experience for everyone. Mac’s World is also heavily inspired by these games and will test the skills of everyone regardless of their age. 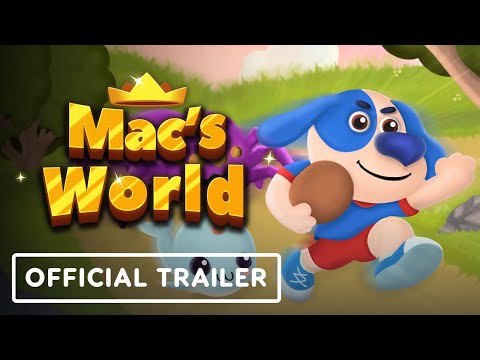 In this single-player adventure, players will be challenged to make their way through all the obstacles in this strange mansion, such as bombs that must be dodged while collecting slices of delicious pizza, giant bumblebees who will ensure that Mac is stung and unable to move, slippery and cold icy floors, powerful gusts and winds, and multiple more threats that can be found throughout this manor. It sounds like a tedious journey to do alone and so Mac will be joined by his trusty animal sidekick, a dragon, pig, snake, or even a star who will keep him company and help him through all his perils.

Solving puzzles will award players with keys that are required to progress further. The game also consists of timed challenges and other secrets that will provide multiple other rewards. Mac can investigate flowers, planets, and barrels for other hidden rewards. Dress Mac and his buddies up in cute costumes like a chef, ninja, zombie, superhero, or even in cosy pyjamas.

With simple controls and cloud saves, Mac’s World is ready to provide you with a challenge. Download the game on 24th January from the App Store and Google Play for a premium of $0.99 USD.

Also, check out the top puzzle games to play on mobile!
Next Up :
Puzzle & Dragons launches The Prince of Tennis II collaboration event with special dungeons and in-game giveaways

Mac's World lets you collect chicken legs and befriend pets as a lovable doggo, coming soon to iOS and Android