Indie developer Dave Studio has announced that, as of today, its collectible RPG Luna Re: Dimensional Watcher will be available for download worldwide on mobile platforms. As a small caveat, the only available language to play in currently is English.

The game itself sees players navigating a fantasy world from a side-scrolling perspective, within a quite charming watercolour inspired art style. The premise of the story involves a rift opening on Earth, resulting in monsters pouring out from it. Players are entrusted to form a guild of rare and powerful heroes to fight against said monster forces and stop the primary antagonist, Peter, from enveloping the world in darkness. The player will use their team to wander around various parts of the fantasy world in search of more equipment and weapons to make their team stronger. The levels are timed, so each is a race against the clock, and the game also has a standard energy system like most free-to-play titles. During these explorations of different levels, you will use your team and their unlocked and upgraded gear to do battle against lots of monsters, and build the team to meet certain roles you might need. 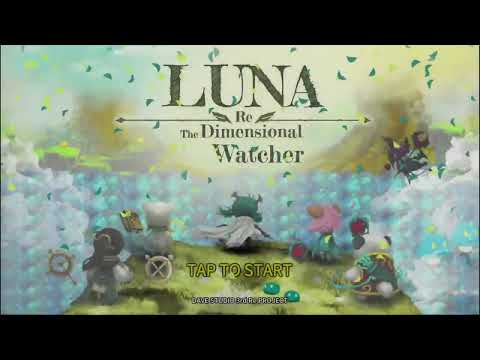 The collectible portion of the title comes from the game's gacha system, which if you aren't familiar, involves using a currency to roll on an assortment of banners, which are basically catalogues of unlockable characters. Some can be common and easy to get within a few rolls, while others will be rarer and typically involve spending lots of that currency, be it in-game or real-world money, to unlock.

Luna Re: Dimensional Watcher is also a relaunch of a previous Dave Studio's title that was released on Steam, Luna: Dimension Watcher and this new release brings with it a large host of graphical improvements and various quality of life and game improvements. The new and improved Luna can be downloaded now for free on the App Store andGoogle Play.

Enjoy mobile RPGs? Check out our Top 25 best iOS RPGs for iPhone and iPad!
Next Up :
Adventure game Pupu's Adventure Park set to launch this year