Luigi's Mansion 3 creeps up on you, and not just in an obvious haunted house 'Boo!' kind of a way.

Ever since its GameCube debut, the franchise seems to have been cursed with perpetual Nintendo B-list status. Regardless of the quality of the two games to date, they're often seen as quirky Halloween treats to be enjoyed in between meatier Mario or Zelda fare.

After a few hours with Luigi's new Switch adventure, however, the truth pretty much jumps out at you. This is another stone-cold Nintendo classic.

The core Luigi's Mansion experience goes a little something like this: you, as Luigi, must skitter around a series of compact rooms in a secret-filled haunted house.

Along the way you'll encounter a variety of mischievous ghosts, who must first be stunned with your pimped-up flashlight, and then sucked up with your super-powered vacuum cleaner. 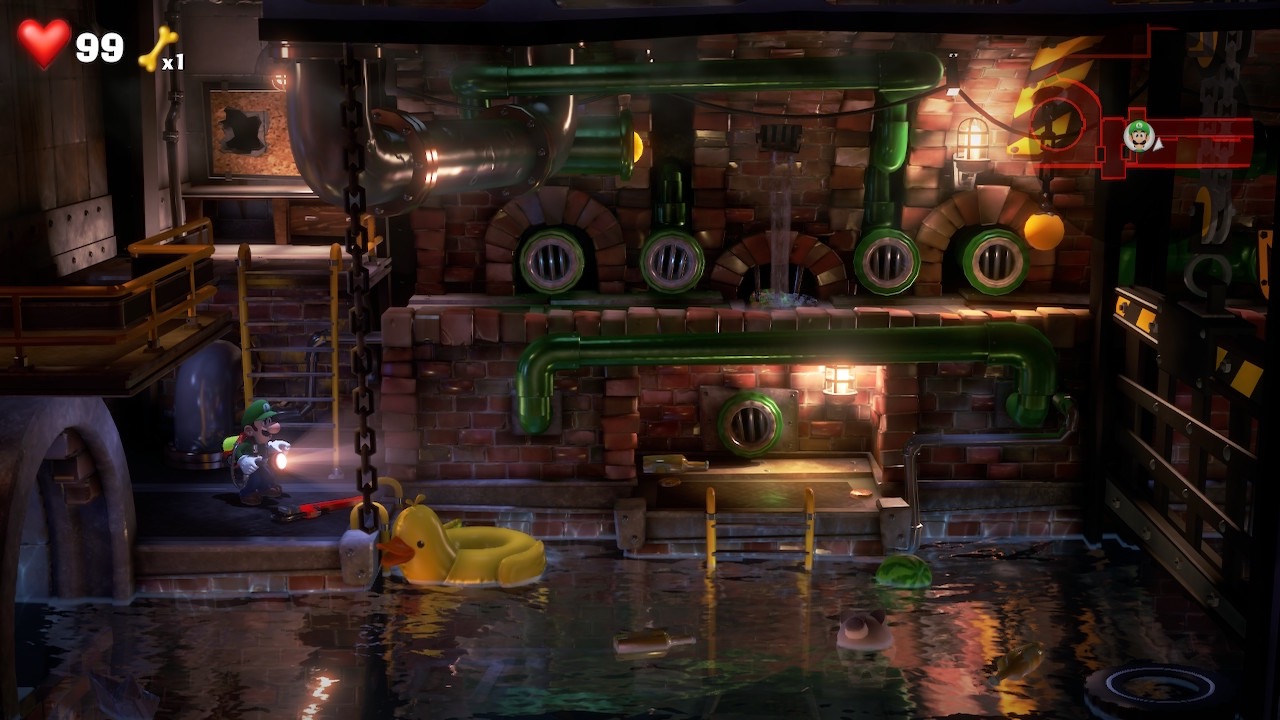 There's also a whole bunch of money, valuables and assorted secrets stashed away in each environment, requiring the judicious use of your vacuum and some environmental sleuthing to uncover.

All of this holds true with Luigi's Mansion 3. But it uses the power of the Switch to stretch the boundaries of the format in countless small yet ingenious ways.

For Luigi's Switch debut (in a starring role at least), Next Level Games has switched the setting to a towering haunted hotel.

Driving your progress is the hunt for elevator buttons that will enable you to access more of the hotel's 17 floors. There's a real sense of place here, which is reinforced by several puzzles that require you to flit between floors. 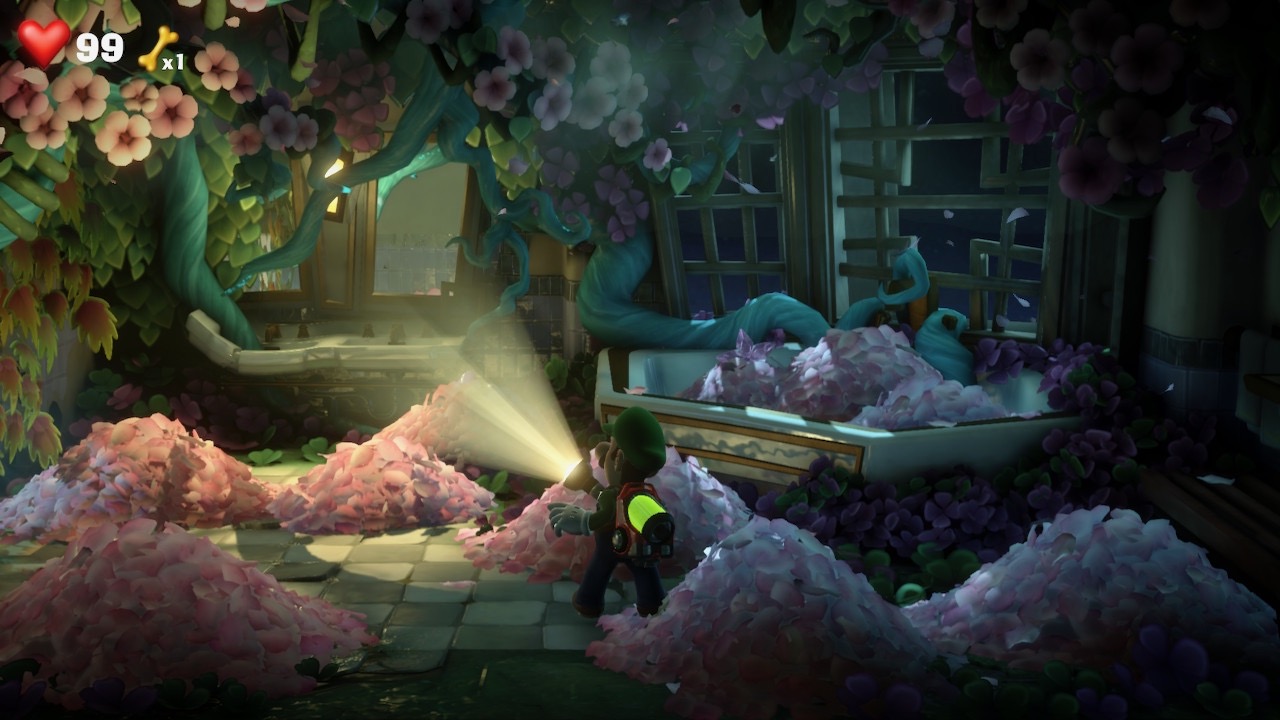 That's not to say that there's anything uniform or samey to this haunted hotel. Things get pretty darned wacky as the fusty art deco style of the lobby and lower floors start to give way to extravagant themed floors and suites.

The lushly verdant garden section almost feels tame in a hotel that contains both a movie production lot and a museum. There's also a palette-cleansing dip down into the sewers for some wetwork, and some truly inspired end-of-level boss set pieces that we won't spoil here.

Luigi's Mansion 3 is playing on a larger canvass than it's ever had before, but it's still all about the small stuff.

It's about combing every corner, turning over every last object, sucking up every curtain, and thinking about which of Luigi's abilities might be used to create another endorphin-releasing burst of environmental fireworks. 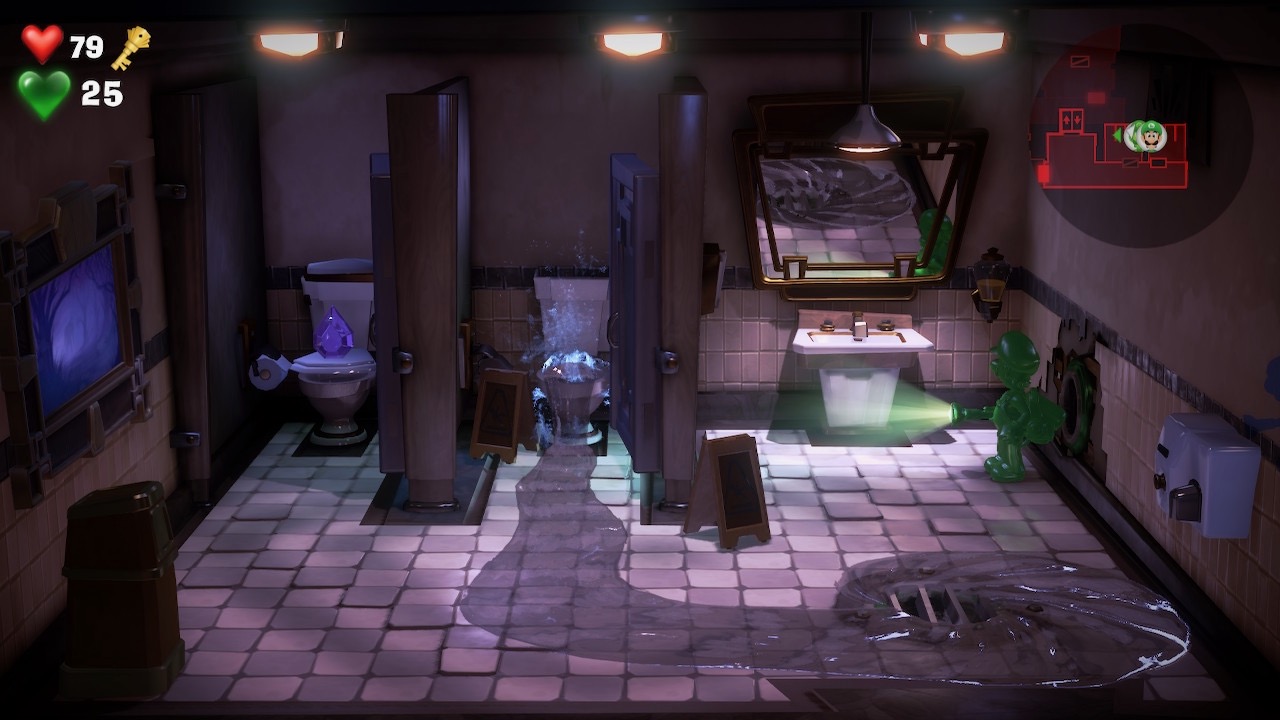 That ability list includes a satisfying plunger, which can be used in conjunction with the Poltergust G-00 to yank panels and defensive objects away. There's also an air-burst move for crowd control, and a dark light for uncovering hidden objects and Boos.

But the biggest addition here is undoubtedly Gooigi - a gloopy doppelgänger who effectively doubles up Luigi's moveset, with the added bonus of being able to slip through bars and grates. It's far from a gimmick, and the full potential of this dual power-set gets thoroughly explored.

Devil is in the detail

While Breath of the Wild and Super Mario Odyssey impressed with the scale of their ambitions, the success of Luigi's Mansion 3 is built on countless small details.

Yes, it looks and feels great, with some rich texture work, expressive character design, countless visual gags and some irresistible fluid mechanics. There's also local and online multiplayer, which is a mixture of knock-about mini-games and co-op time trials.

But your full investment in the game is earned through the hundreds of tiny morsels of joy, endlessly inventive environmental flourishes, and constant shiny rewards of its extensive campaign. It's a game that offers you an ornate toy box and invites you to play around with it, and there's nary a wasted inch of space to be found.