That's right, instead of ninja turtles, these are Mexican hero turtles, I guess.

The cacti have gone haywire and took over the town, so you have to clear them out by flinging a hard shell at them.

Each level is an interior space with smaller rooms inside of it and, usually, multiple entry points. You put your finger on one of these entrances and then pull back to slingshot the turtle like you do in Angry Birds.

Then the turtle ricochets off the walls and hopefully squishes the cacti by colliding with it. There are seven different types of turtle to use, including one that fires cannon balls, another that shoots a laser beam. 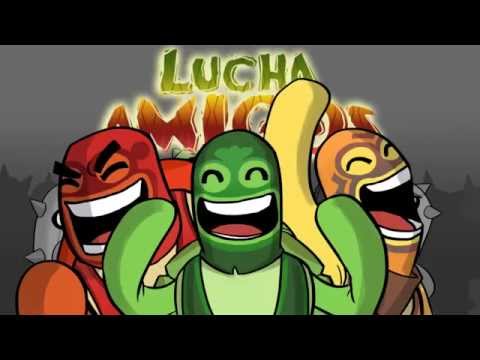 For an extra challenge, you can try to collect the three pink primroses before you defeat all the cacti. They act just as golden stars do in most other mobile games.

Lucha Amigos may not look like much in the still screenshots, but in motion it has plenty of character through the energetic animations.

Next Up :
Railbound's upcoming update introduces over 30 new levels, an ancient-themed region, and story postcards

Can Roblox be played offline?