Lords Mobile, IGG’s widely popular real-time battle strategy RPG, is collaborating with the Japanese anime Saint Seiya throughout the months of April and May. Since its iconic debut way back in 1985, the Masami Kurumada masterpiece has been serialized and adapted into various other media forms - and now, Saint Seiya is bringing its Greek mythology-based stellar constellations into the fast-paced world of Lords Mobile. 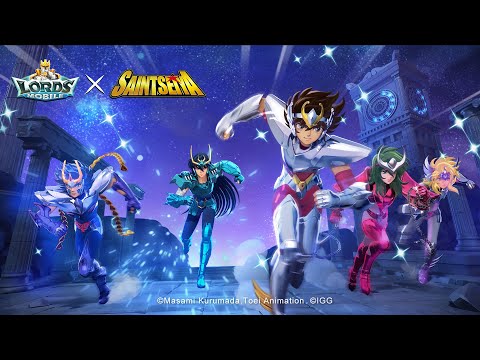 In this exciting collab event, players can nab Pegasus Seiya as a Hero, along with a limited edition Castle Skin and an exclusive Shield appearance. There will also be five NPCs from the Saint Seiya franchise, namely, Athena, Shun, Shiryu, Hyoga, and Ikki.

Upon logging into the game, not only will players be greeted by the lovely Saint Seiya-themed loading screen, but they’ll also be rewarded with 10 Pegasus Seiya Medals as a daily login bonus (once for every account). From April 1st to the 31st of May, there will also be a Limited Challenge where players can score exclusive equipment and even more Pegasus Seiya Medals.

As for aesthetics, players can customize their turfs with Saint Seiya-themed decorations - plus, collab-themed emotes, avatars, and other items will be available at the exchange shop using collected Athena’s Blessing. Exclusive Mall packs will be available to purchase containing Meteor Boots and Saint Badges.

You can find out more about the epic collab at the official event page to hype yourself up for Lords Mobile’s 5th-anniversary celebration!

Lords Mobile codes and how to redeem them (July 2022)