LeBron James and the Tune Squad bounce their way into Looney Tunes: World of Mayhem

Space Jam is zooming to your mobiles! LeBron James and the Tune Squad are making their way into Scopely’s RPG Looney Tunes: World of Mayhem. As you already probably know that Space Jam: A New Legacy is about to release so what better occasion to introduce those characters to the game!

Beginning today, two new teams will be introduced in Looney Tunes: World of Mayhem. They are the “Tune Squad Shooters” and the “Tune Squad Dunkers”, with LeBron as their captain. Check out the trailer below! 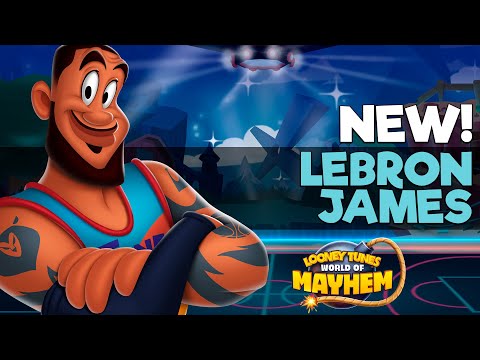 A new campaign titled “Welcome to the Space Jam” is being added to the game which will reward players with LeBron’s Tune. Along the way, you will help LeBron rank up and sharpen his skills. Completing the campaign will also give you a week-long of daily log-in bonuses to help you rank LeBron up.

Branching paths are also being introduced to Looney Tunes: World of Mayhem for the first time. You control the story. You have the ability to pick which of the two teams to develop. What will you pick? The Tune Squad Shooters or Tune Squad Dunkers?

When you’ve made your choice, you can play as either special edition Dunker Bugs Bunny or Shooter Wile E. Coyote and create the most awesome Tune Squad. But the choice doesn’t mean you can’t unlock the other. Play fast enough and you may just get to play both paths and get double the rewards.

Lastly, Scopely will introduce a special edition Dunker Lola Bunny in a future event so keep your eye out! Shooter Taz is also joining Looney Tunes: World of Mayhem through the Battle Pass system.

Looney Tunes: World of Mayhem is available to download for free on the iOS App Store and Google Play Store.

Also, check out our favourite RPG games for mobiles
Next Up :
Fortnite reveals more details about the Fracture Finale Event that goes live soon