You can back it on Kickstarter

Lone Wolf AR is a high fantasy, augmented reality RPG based on the choose your own adventure series of the same name. Developer VisionizAR has recently started a Kickstarter campaign to help get the game funded and are hoping to raise just over £37k before September 6th.

The premise of Lone Wolf AR is to make use of location technology to get folks out of the house to go on their adventure. Keeping with the choose your own adventure roots of the Lone Wolf series you'll be tasked with going to a certain location to decide the outcome of each encounter where you will often do battle with monsters. You'll also be able to team up with other players to fight epic level bosses.

The game draws inspiration from the likes of Pokemon Go and aims to build on that ethos to provide players with more interactive and other encounters. However, unlike those games players will be able to geotag safe locations such as parks and Lone Wolf AR will then build the adventure you undertake in that area. You can see their announcement video below. 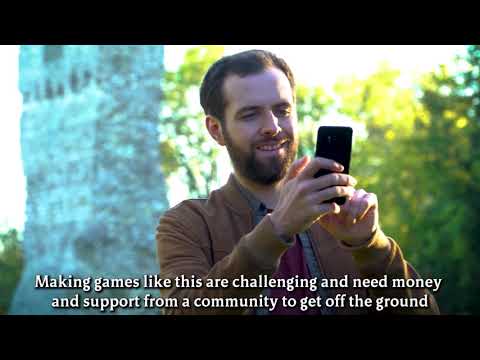 The gameplay is what you'd expect from high fantasy – quest givers to interact with, monsters to battle and puzzles to solve – but with the addition of AR to bring the game to life. It looks as though when fighting monsters various gestures will determine whether you attack or block.

VisionizAR is hoping to release the game in 2020 on both iOS and Android devices. Lone Wolf AR will be free-to-play when it launches but if you pledge £12 or more you can gain early access to the game.

To find out more about the game check out their Kickstarter page. It's certainly a cool idea and I like that you can select an area for it to build the game world in. It removes that issue Pokemon Go has for some people where you'll need to travel quite far just to spin PokeStops if you live a fair distance from town centres.