Little Big Robots. Mech Battle is a fast-paced multiplayer battle game featuring giant robots. Each robot is unique, be it design or skill-wise. As you might have already guessed, you play as a robot and take down enemy robots controlled by other players worldwide. The main objective here is to win every battle, even if that requires you to crash the entire city.

As in games like COD Mobile, PUBG Mobile, the game follows a seasonal timeline. Each new season will bring a lot of new content, including a change in theme. The frequent changes and updates should keep the game interesting.

Little Big Robots. Mech battle is all about tech robots fighting against each other in a 4v4 fight for survival. The PvP battle gives you the chance to choose your robot, and not only do you get to operate the heavily-armed giant robot, but also you can do whatever you want. Whether it be crashing the entire city or smashing your rival, you can do it all! You can even set an ambush for your opponent and take them by surprise. 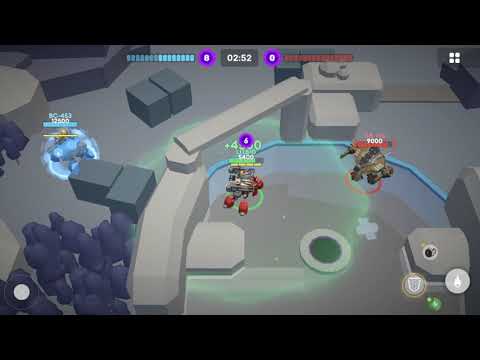 It can be played with your friends, but you can even play solo if you are confident enough! In Little Big robots, there are different maps and modes, so make sure to keep a backup strategy in mind that will come in handy as surroundings change.

The best part is you can mix and match the firepower of every robot to get the best out of them. Your robots can move and jump but also blast, charge and even repair.

Little Big Robots. Mech battle is a good option for any Robo-tech lovers who like to customise their virtual robots. It's out now on Android in selected countries. Head to Google Play to check if it's available in your region.

Also, check out our list of the Top 25 best fighting games for Android phones and tablets.

Next Up :
Fortnite launches Chapter 4: Season 1 with a new map, battle pass, and a tonne of new gameplay features