NCSOFT has just published an announcement video for Lineage W where they have revealed the game’s release date. It is scheduled to be released in 13 countries on November 4th, 2021. The game will launch in the following regions: Korea, Taiwan, Japan, Russia, Southeast Asia, and the Middle East. The developers also announced that it will soon expand to North America, Europe, and South America. 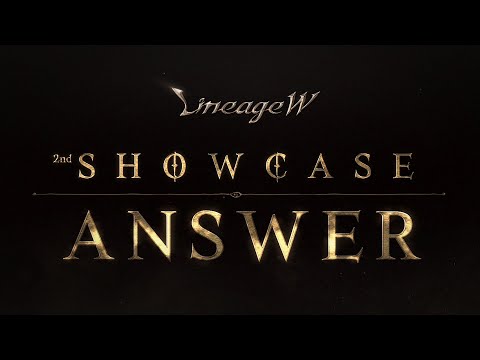 The official Lineage website has also been updated; players can now find additional information about the four classes - Elf, Mage, Knight, and Prince. They can also reserve their in-game character name and create their character and class on the website before the game is officially launched.

Lineage W is an MMORPG that will be available for both mobile and PC. It features a dark fantasy world with 3D graphics and battle systems similar to the previous Lineage games. The developer has said that Lineage W has been built for a global audience from the start. The game will feature a common server where all players worldwide can come together to cooperate and compete. The game also comes loaded with 'AI translation' that allows players to communicate with others speaking a different language. And the game also has a voice-to-text function that converts speech to text.

Lineage W support-cross platform play between PC and mobile, which means you can play alongside your friends no matter which device you are using. Nexon has also stated that they have future plans to bring the game to console and switch.

NCsoft is well-known for developing quality MMORPGs, such as the Lineage and Guild Wars games. We are super pumped for the launch of Lineage W and can't wait to get our hands on it.

Players can pre-register for Lineage W on the official website, Google Play, and the App Store. Players who pre-register will be rewarded with special in-game items such as 100k Adena, Red Knight's Ring I, Reinforcement Scool Chest, and more when the game is released.

Next Up :
Magic and Legend: Time Knights is an action platformer that's out now on Game Boy and Game Boy Color

Lineage W pre-registration is now open, with special in-game goodies for those who sign up