Recently launched for iOS and Android, Lightracer: Ignition is the philosophical sci-fi idle game where the fate of civilization rests in your hands in a thrilling space adventure to escape the Big Rip.

Lightracer: Ignition’s immersive narrative sits perfectly with its casual idle mechanics - a combination that’s winning plaudits from both players and critics alike. We took the opportunity to speak with Lightracer’s producer, Shu Li, to learn more about the trials and inspirations that took the game from its initial concept to final release.

Firstly, let's get introduced. Can you tell us how you met and decided to work together?

There are currently 4 members in the team of Lightracer, and their division of labour is as follows:

This team is mainly derived from the planning of Mr. Dequan Zheng, the CEO of Smart Melon. He wishes that the company can boldly explore in the field of science fiction. It just so happened that he and I used to be colleagues in the same studio. So after a couple of in-depth conversations, the two sides hit it off and led to the birth of "Lightracer:Ignition". 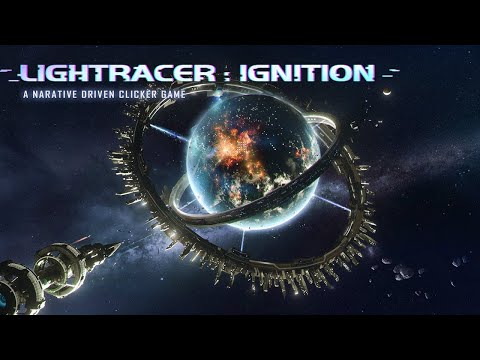 If you want to understand the deeper motivation for making the game, it must be due to our passion for both game creation and science fiction.

Most of the world view and story setting are born out of our tactical role-playing game experiences.

I personally have more than ten years of TRPG experience, and the world view of "Lightracer: Ignition" is derived from some original modules I wrote for TRPG.

Many high quality sci-fi movies have given me a great deal of inspiration, such as Blade Runner, Space Odyssey: Voyage to the Planets, Cyberpunk, The Matrix and The Hitchhiker's Guide to the Galaxy. The game has many plots that pay tribute to these classic sci-fi works.

What do you think makes Lightracer unique from other titles on the market?

That would be carrying a massive story system with the most casual idle gameplay. This idle gameplay type of "Lightracer: Ignition" actually had been through a lot of experiments in the early days. After several trials, we decided to use a more traditional linear narrative model.

A story system with a large amount of texts carried out by the idle gameplay can give players a light and casual game experience. We don't want the game flow to be too difficult and overwhelming, which will affect the progress of the plot.

There's no right or wrong decision in the game, the game is designed to encourage players to make choices based on their emotions rather than logic. Whether the ending is good or bad purely depends on the player’s understanding of the universe and the meaning of life.

Were you ever worried that the in-game ads would affect the immersive experience?

Yes, I worried about that quite a lot. From the first test to the current version, the advertising mechanism is the most modified content. Our team must always weigh the intensity and form of advertising content, and we need to accumulate as much funding as possible for our future works while maintaining a positive reputation of the game.

Can you share what is your favourite part of the game and why?

What I like the most about this game personally is the story behind it. It means the world to me that our work could be recognized by the players in the market. There were even fan fictions out there based on our story (when the game launched in China), I feel deeply proud of what we've accomplished.

When designing the game, how did your team judge whether the storyline is good enough to resonate with the players?

I am afraid I don't have a specific answer for this question, it's also a question that no game developer or author can answer. Our emotions are dynamic, including the developer's.

The way I work is that I'll first make sure that the story touched me before delivering it to the audience, then I will check whether my story emotionally resonates with our core users. The SNS and some game-themed sites are great platforms to communicate with our players. If you get positive feedback, then congratulations! But if the result came back not as what you expected, please don't give up. Maybe you will discover a whole new world just by taking a new creative direction.

Will there be a Lightracer:Ignition 2?

Yes, there will be a sequel, and it will continue using the world view of "Lightracer:Ignition". However, its specific format has not yet been determined.
What's A Preferred Partner Feature?
From time to time Steel Media offers companies and organisations the opportunity to partner with us on specially commissioned articles on subjects we think are of interest to our readers. For more information about how we work with commercial partners, please read our Sponsorship Editorial Independence Policy.
If you're interested in becoming a Preferred Partner please click here.
Next Up :
5 new mobile games to try this week - November 24th, 2022