Ahh, Patrick Stewart. A man with a deep, truly thespian voice. You may know him as Captain Picard or Doctor X.

Why am I talking about him? The man himself has lent his voice to a platformer about Leonardo Da Vinci's cat. In fact, he voices the Renaissance man.

Not only that, but the co-creator of The Muppets (yes, the one with Kermit), Michael Frith, has worked on the game too.

And it's now out on iOS. It's called Leonardo's Cat.

The idea is to control Da Vinci's cat as it tries to track down the man's latest invention after it was stolen from him by Michelangelo. 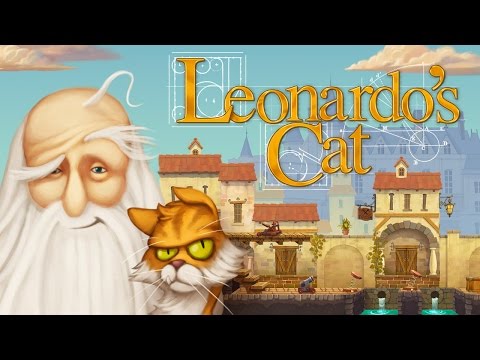 It has 60 levels that send you across Renaissance Italy and you'll need to make use of Da Vinci's gizmos to make it.