A new trailer has appeared, too

A new trailer has appeared for the upcoming 3DS and Vita game, LEGO The Hobbit.

We first heard about this new LEGO game from Warner Bros last November, but since then more details have emerged.

We can now be more specific about the spring release date, due to Digital Spy, who reports that LEGO The Hobbit will be coming to Europe on April 11th, and April 8th in the US.

We also know that the cast of dwarves in The Hobbit will be playable individually, but you'll also be able to combine them for more powerful attacks.

You won't just be piling together Lego bricks in The Hobbit, either. That's due to a new crafting system that allows you to create objects out of the wood, metal, and precious stones you collect.

As we've mentioned before, LEGO The Hobbit will only cover the two first films in the trilogy. There's still no word of any plans for third movie to be turned into a game or DLC. 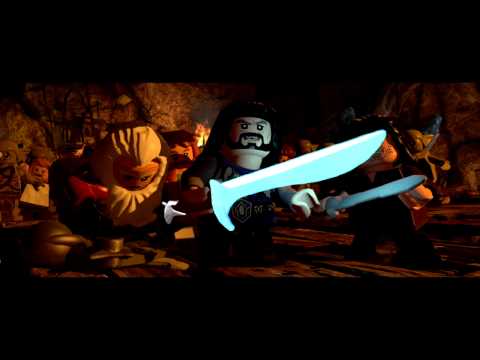