A sequel to the excellent Legend of the Skyfish

Legend of the Skyfish 2 is the latest game to hit Apple Arcade and is available later now. The game is a partnership between Brazilian-based indie team Mother Gaia Studio and Crescent Mood Studios. It's an action RPG sequel to the original which released in 2016. 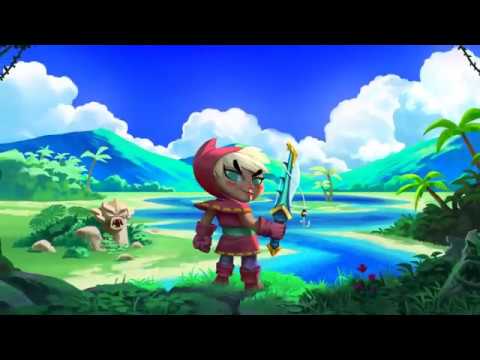 The game will see you play as a young warrior apprentice named Little Red Hook, the last remaining Red Hook Guardian. Once again the world is in danger and so Little Red Hook and her master must bring back the lost art of battling with a fishing pole.

This unique weapon also acts as a grappling hook, allowing you to pull yourself across otherwise perilous gaps. You can also attach different lures to the pole that will allow you to damage enemies from a distance. The choice of weapon isn't limited to the fishing rod though, you'll collect materials as you progress through the game that will allow you to craft new weapons and armour.

The fishing pole will remain an important tool regardless though as you'll use it to grapple and pull yourself through different levels. It will also be used to solve a variety of puzzles that the game will throw your way. You can check out some of the action in the trailer above.

Enjoy action games? Here are 25 of the best available for iOS
Next Up :
Rivengard, a fantasy RPG by Snowprint Studios, is featured in Apple's Founder's Campaign alongside an assortment of other great games