Gree's new take on the card battler, League of War, is out now for iOS

With hundreds of Rage of Bahamut clones all vying for supremacy, this assessment isn't too wide of the mark - but MunkyFun's cooked up a new take on the genre with League of War.

Sure, the usual card battler trappings are all there - and yes, you level up cards to make them more powerful, but what's different about League of War is how the battles play out.

Rather than just sit and watch, like you would in a game like Deadman's Cross, you take an active hand in choosing which of the six units in your squad you'll deploy and when. 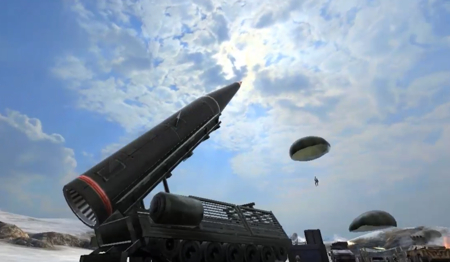 Better still, these battles take place in real-time with crisp, 3D graphics that make it feel like you're playing a Command & Conquer game instead of a freemium card battler.

Thankfully (perhaps), the combat mechanic is simplified and breaks units down into three basic types - infantry, light vehicles, and heavy vehicles - with each being strong and weak to another in a familiar rock-paper-scissors set up.

If this sounds like something you'd like on your iPhone or iPad, click the black button below to take League of War out for a spin.