Free on Wednesday 13th July 'for a limited time'

Simogo celebrates one year anniversary! Free for a limited time!

Throughout the cosmos a distress call is heard...
”HELP US! FOR SOME REASON A FLYING SAUCER IS TRYING TO STEAL OUR BREAKFAST.”

Set out on a not so epic quest to save extra terrestrial muffins, space cups of coffee and alien toasts from the evil invader. Spin the universe at the tip of your fingers to defend your planet from eightballs and watermelons by deflecting them right back in to eternity!

- A one of a kind circular arcade game! Controls so simple your dog could play it!*
- Two different game modes: Beat your own highscore in the endless mode or accept epic quests by weird people you don't know in the quest mode!
- Online leaderboards & achievements on Game Center!
- There's no reason you should pay extra for a few more pixels, so we made Kosmo Spin an Universal App. It's so sharp on iPhone 4 your eyes will split in several parts!

*Dog must have developed fingers to play Kosmo Spin. 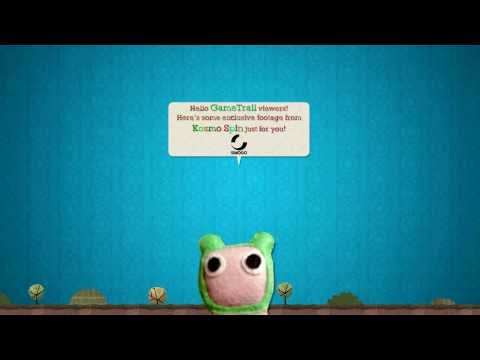 Hands on with indie arcade game Kosmo Spin for iPhone