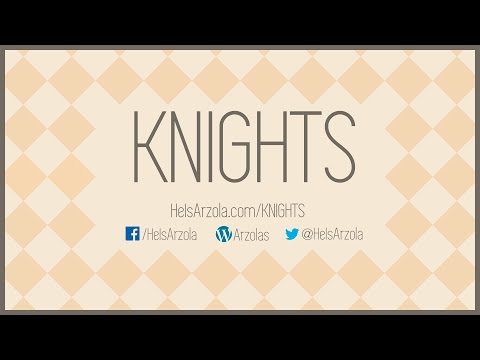 Subscribe to Pocket Gamer on
At a glance, Knights might look like another chess game. But this minimalist puzzler only features one piece and tight grids where every move counts, in development for iOS, Android, and Steam.

Knights revolves around the titular chess piece and its L-shaped movement. Your goal is to move colored pieces into the like-colored tiles, carefully planning your movement around the shape's style of movement.

While the basic mechanic is simple, Knights promises an increasingly challenging game, as you shuffle multiple pieces around grids with limited free tiles and other obstacles.

The game will feature around 100 hand-crafted levels, as well as procedurally-generated daily challenges.

Knights will release first on Steam on May 30th, then come to iOS and Android devices later. A PC demo can be found the game's site.
Next Up :
Urban Trail Pocket, a fast-paced stunt performing game launches tomorrow on Android and iOS