Each Kingdom Rush has heroes, and these are the best ones

Since the first of the Kingdom Rush games, heroes have been a critical mechanic. Though you can only have one hero on the field at a time, they can prove to be essential in turning the tide of battle. They act as special melee units that can be directed all over the field to lend their strength and support wherever you need them. Each game has many heroes to choose from with varying abilities and stats. You'll only receive a handful of heroes through progression with most of them being in-game purchases.

While you'll have access to plenty of heroes as you progress through the different missions, you won't be able to utilize all of them. You'll typically be limited to one hero per battle and based on your choice, you can change tower arrangements to complement them. Like towers, heroes have a mix of passive and active abilities, the latter of which has a cooldown after use. You can also buy upgrades between missions that apply to all of your heroes. While in the field, your heroes will take damage but will recover over time. When a hero falls, they have a respawn timer.

Each game offers between 13 to 14 unique heroes. The following list shows all of the Kingdom Rush heroes ranked by Damage and names the top three heroes for each game. 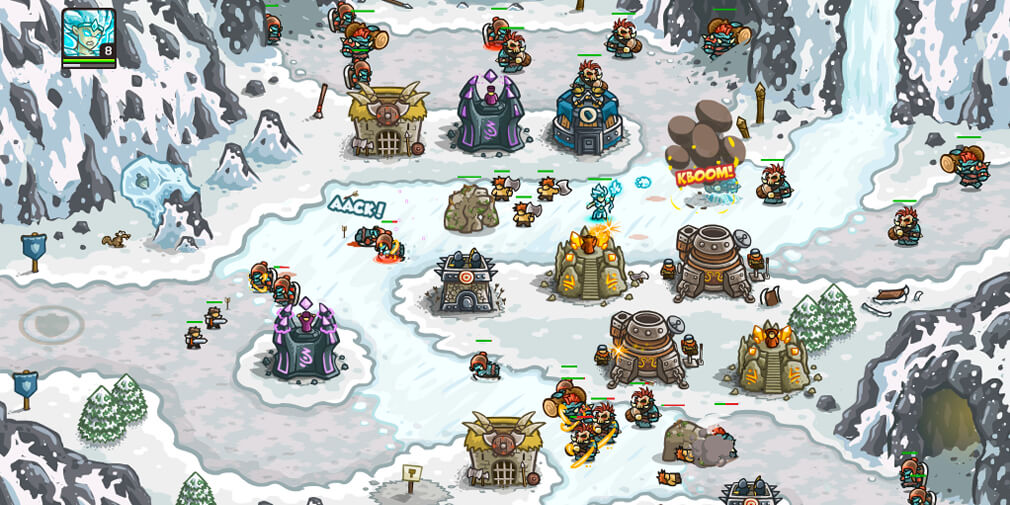 When you've got the option of literal bear strength to deploy, it only makes sense to do so. That's why Ingvar Bearclaw stands above the other heroes with such bulk and strength. His high attack power and health allow you to plop him down into the middle of any battle to deal some serious damage. Though he has no ranged attacks, he can summon reinforcements with Ancestor Call and turn into a stat-empowered bear after his health drops below 60 percent.

Of all the seasons to control, Elora Wintersong proves that winter is the most devastating. Being a magic user, she focuses on dishing out lots of damage from a distance. She can also get around the field in no time with her very high speed. Though she doesn’t have the most health, she can evade damage easily. With Permafrost and Ice Storm, surrounding enemies will be ripe for the picking from her and your forces.

From Japanese mythology comes the vicious demon spirit known as Oni. Another melee attacker, Oni uses his dual blades to tear through enemy units rapidly. He has a high enough speed for crossing the battlefield swiftly and can take a lot of punishment with all of his health and decent armor. Both of his abilities, Sword Torment and Death Strike, hit hard and ignore all resistances and armor when landing.

Now that we are done with the best heroes for Kingdom Rush, let's check the Frontiers! 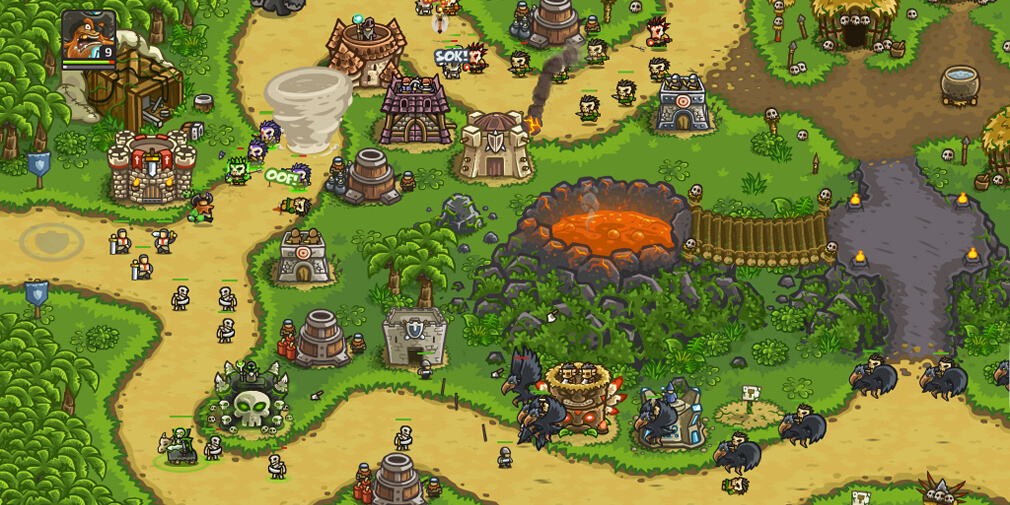 Bulls can charge into battle when provoked and Kahz knows how to use this to deadly effect. A true warrior, his good chunk of health allows him to tank a lot of hits while also drawing from his armor. He's one of the highest damaging heroes on the roster and has a pretty decent recovery rate. His key abilities, Bull Rush and Doom Spin, let him do solid damage to multiple foes while Roar of Fury boosts the power of nearby towers.

Magic is powerful so it's good to have an experienced Wizard, like Nivus, who knows how to use it. This allows him to use his arcane abilities to dish out good damage from range while also keeping himself safe. Though he doesn't have a lot of health, he can recover moderately quickly to stay in the fight. He has abilities to boost his own attack power while Disintegrate allows him to instantly eliminate a group of enemies with less than 480 health total.

Pirates are made for fighting and Captain Blackthorne is a leader among them. With both a sword and a pistol, he's able to do good damage up close and from afar. He has good health and a fast recovery rate, which makes up for his lack of armor. To go along with his piracy, Blackthorne has a mixed bag of abilities to boost himself, rewards, and to let him do things like summon a Kraken to the field. 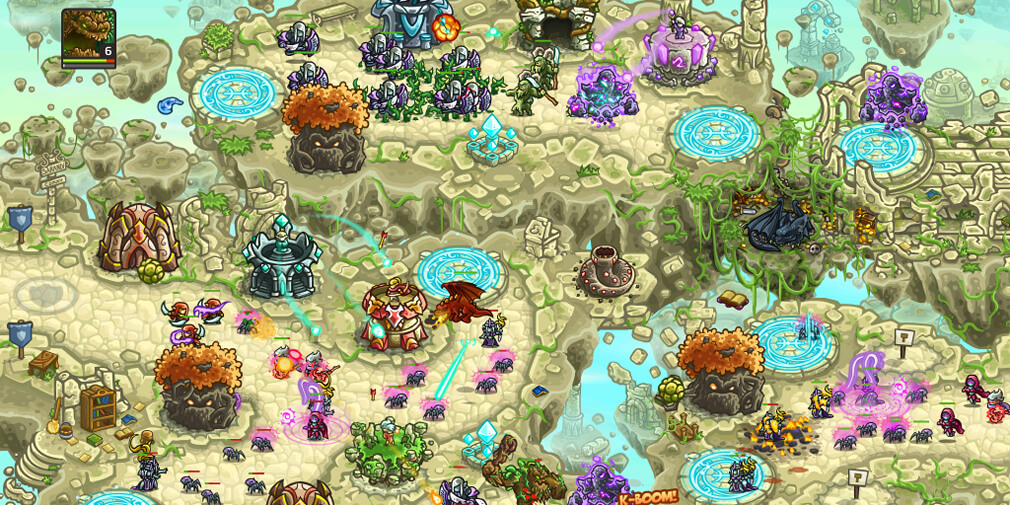 Every army needs new innovations and the best ones come from the dwarven mind of Wilbur. With his gyrocopter, Wilbur can easily fly over the field and has great attack range. His vehicle also gives him some heartiness despite not having any armor. From the skies, Wilbur can do high damage with his ranged attacks. His abilities are meant for an ordinance with M.A.D. Missiles and Boom Box MK. dealing lots of explosive damage.

Ents have a reputation in fantasy for being old and strong, which is what Bravebark certainly embodies. Not only does his bark give him natural armor protection, he has some of the highest health of all the heroes. He hits slow, but he hits hard and is able to strike multiple enemies with his size. He does a lot of area damage with abilities like Rootspikes and Nature's Wrath while he also has the ability to warp.

Before becoming the main villain of the series, Vez'nan was a magic-user for hire. His dark powers allow him to instantly teleport around the field as needed. He has health on the lower side but his movement and ranged attacks keep him safe. He does some good damage with his powers and abilities that offer a variety of effects. He can trap enemies with Magic Shackles, explode them with Arcane Nova, and summon a demon with Dark Pact. 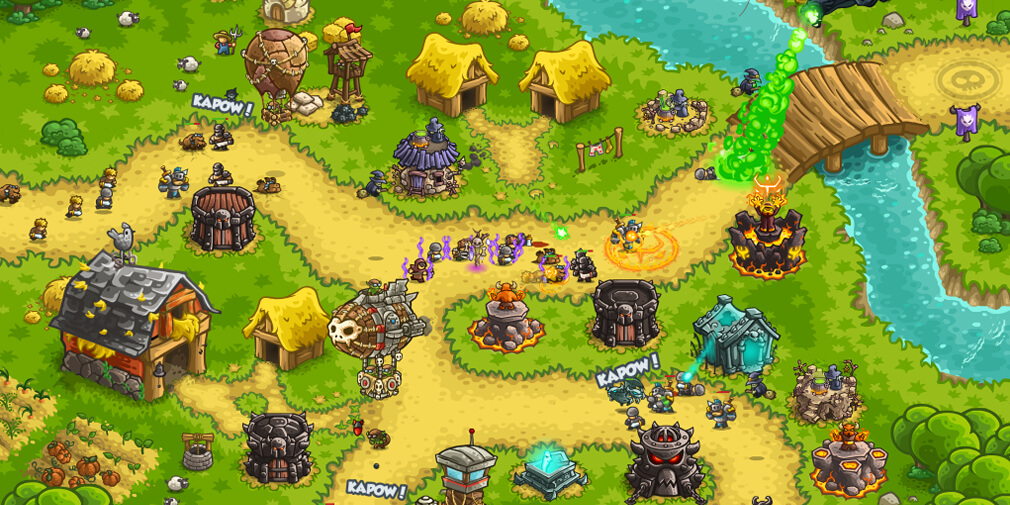 The most terrifying creatures are the ones that have no fear and Jigou is one of them. This giant yeti-like beast has a lot of health and a bit of natural armor, making him bulky. You can put him right in the middle of an army and he'll recover fast from any scrape. He's a melee fighter that hits hard and his abilities give him more options. Ice Ball gives him a ranged attack, Earth Slam, an AoE, and Frozen Breath is excellent for stopping enemies in their tracks.

Dragons are frequently viewed as destroyers and Murglun is pure destruction. Being a dragon, she has a lot of health that can be boosted and she also has natural armor from her scales. She can also fly to deal damage from above and get around easily. She can easily melt through enemy health with her basic attacks. Her ability Tar Maker boosts nearby tower damage, while Eruption can insta-kill a target, and Volcanic Barrage can devastate the field.

Sometimes the best strengths are the artificial ones such as those of the Doom Tank. Though it has a driver, the tank is the star with some decent armor and high recovery. Though not having the highest amount of health, it compensates with its attack range and the ability to summon units to the field. It can also launch missiles with Heat Missiles and use a flamethrower from its Scorching Cannon.

Here it is! The complete list of Kingdom Rush best heroes for each game! Let us know if you have different favourites in the comments below.

0/4
Next Up :
Gunfire Reborn elemental combos

Watch out - a new Kingdom Rush title is on its way