Master the art of tower defence

Kingdom Rush: Vengeance is the latest tower defence game to hit our mobile devices and we can't put it down.

We're building up our defenses and fortifications to take care of the enemy armies and, yes, we're winning, and you can too.

If you're just stating out these tips will let you know everything you need to in order to master the game. Now get defending! 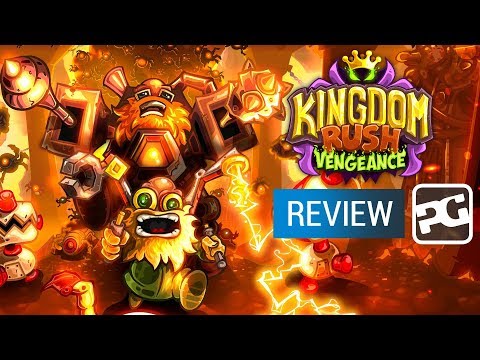 The first trick you have to make use of in Kingdom Rush Vengeance is of course positioning your defenses. This is a tower defence game, after all.

You have set locations you can build your fortifications, and you should immediately pick the locations which are either closest to the spawn of the enemies, or where they can cover most of the path.

Set up roadblocks with multiple fortifications which should hopefully tear through enemy health quickly.

2
The path to take

You can basically already see the path the enemies will take from the beginning of the game. Use this knowledge to plan accordingly.

Some stages will give enemies multiple locations to spawn from, meaning that while it be tempting to stack a bunch of fortifications at the entrance to one, it's not a good idea in practice.

These paths usually converge, and it's there where you should place a bottleneck. Orcs are good to slow down crowds, while you use other defenses to finish the enemies.

3
Send in the drones

You don't just have to rely on your defenses, and it's probably best that you don't. You can also use your abilities to place drones and more on the field.

The basic drones, Demon Goonies, are great for slowing down enemies, but their damage isn't great - though, you can upgrade them to explode on death, making them much more formidable.

Your drones and abilities, such as Soul Impact, are perfect for getting a large crowd of enemies together, and then finishing them all off at once.

So you've been smashing through waves with ease, huh? Powering up your defenses and laying waste to enemies?

I'm happy to hear it, and now you need more enemies. Well, just tap on the skull near where the enemies spawn from to call them in early.

This isn't just to prove you can take them all on, calling the wave in early will actually give you extra gold to spend on further defenses so you can kick even more ass. No brainer, right?