Indie developers RareSloth have come up with a new platform racer with asynchronous multiplayer for mobile called King Rabbit – Race. It's not exactly a sequel, but more of a spin-off from their previous game, King Rabbit – Puzzle, which released back in 2014. The two games are part of the same universe but are vastly different in terms of gameplay. King Rabbit – Race takes players on a hardcore ride as they use all their skills to survive for as long as possible.

King Rabbit – Race will see players take on daunting obstacle courses where they must best other rabbits if they wish to win. But just tackling the impediments along the way won’t be the only task as the longer a player spends on the course, the faster their rabbit runs. It’s like Piano Tiles except you're manoeuvring a bunny. 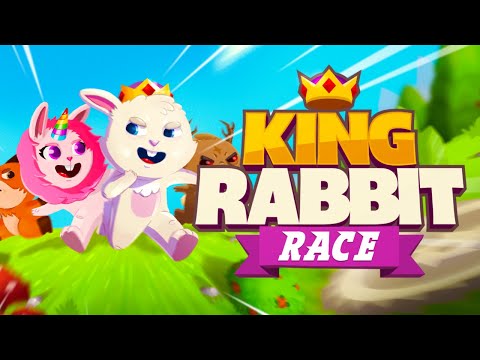 For an additional challenge, the game also features a competitive leaderboard system where players can compete with friends and others worldwide. Trophies can be earned by completing various quests which will help everyone increase their rank. The greater the rank, the tougher the opponent. That, alongside a new daily challenge, will give players something to achieve every day as they sharpen their precision, speed, coordination, and memory.

King Rabbit – Race will also feature a marketplace for not just buying but also selling rabbit skins and rings. There is limited stock of skins as each design will have only 100 copies, so keep trading. RareSloth will keep adding new costumes as time progresses and the rings will allow for unique spawn and death effects and sounds. To buy these outfits, in-game currency can be earned from completing quests or through purchases. Encounter islands like their name suggests will give players a chance at finding rare items in the world.

King Rabbit – Race will officially launch on mobile on June 15th, but pre-registrations are open on the App Store and Google Play. It will be free-to-play with in-app purchases.

Why not also check out this list of the best free-to-play games on mobile?
Next Up :
Yet Another Zombie Defense HD lets you build by day and defend by night, coming to iOS on June 23rd