From the maker of Cave Story 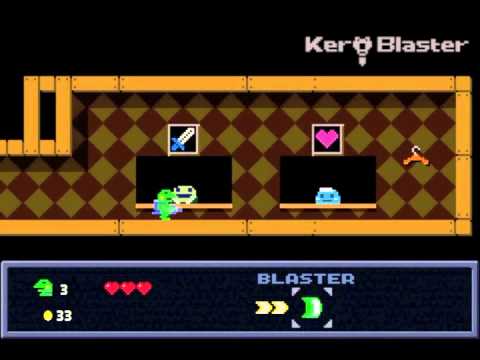 Kero Blaster is a game about a frog with a laser gun. It's from the developer of Cave Story, and it's out on the App Store right now.

There are big weapons, big boss fights, and lots of pixely beasts to blast into bits. It looks tough, it looks funny, and it might feature a cigar-smoking cat.

Kero Blaster is out right now for iPhone, and it'll cost you £2.99 / $4.99 to give it a bash. We should have some hands-on impressions up on the site soon.

Kero Blaster lands on Android this December 24th, with spin-offs Pink Hour and Pink Heaven launching on the same day