It's a retro-flavoured run-and-gun about a heavily armed frog named Kaeru, and his quest to save his feline girlfriend.

You can expect side-scrolling action, multiple weapons, a little exploration, and big boss fights. All in all, it seems to follow on the legacy of Pixel's cult-hit Metroid-style shooter Cave Story. 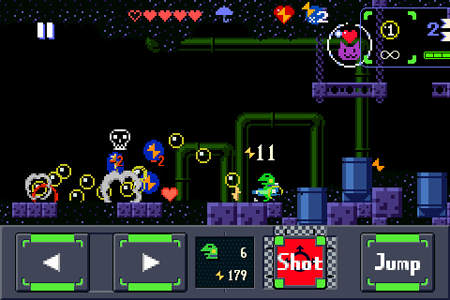 According to the description on the games's debut YouTube trailer, Gero Blaster is coming in May, and will launch on iPhone. Other platforms are currently under investigation - but not named.

A little Twitter detective work might help to elucidate matters, though. Tyrone Rodriguez, producer at Pixel's publisher Nicalis, tweeted a photograph of the game running on a 3DS. The publisher also asked if people would want to see the game on PS Vita.

We'll answer that with a resounding "yes", followed with a "please". 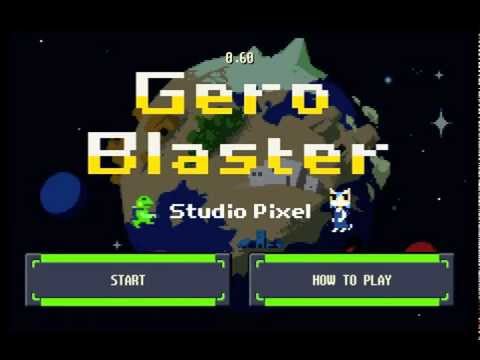 Subscribe to Pocket Gamer on
Next Up :
Rebel Riders is a new PvP action game from King, currently playtesting in select countries for Android

Kero Blaster lands on Android this December 24th, with spin-offs Pink Hour and Pink Heaven launching on the same day