I regret my life choices

Hello. I have been playing Katy Perry Pop for hours and I don't really understand it.

I wrote a song called I Want a Hat and it's a hit but Big Day for Horse is struggling in the charts.

The music biz is tough.

But I do have some advice to share. Some bits and bobs to help you get the most out of the game - and out of your money.

So hopefully your songs do better than Enter The Shoes With Me.

Make the most of each recording session 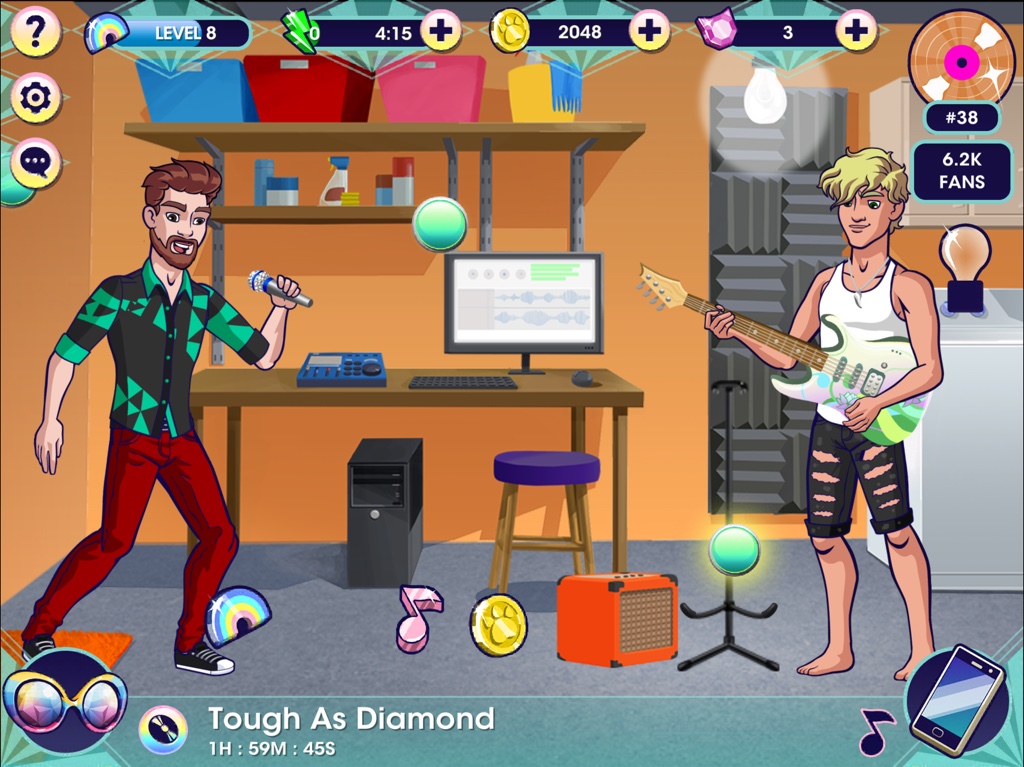 Katy Perry Pop revolves around writing songs, playing concerts, and making music videos. And all these activities work in largely the same way: you've got a certain amount of time to perform actions (which costs energy) by tapping the green circles.

You can complete these easily by simply waiting until they finish, or starting another recording session. This will give you some inspiration, money, and experience - but you'll get rubbish reviews, and very few new fans. No good.

Instead, you want to perform lots of actions to get pink musical notes, and fill up the note bar at the bottom of the screen. You can improve the number of pink notes you produce while making music by calling on band members and buying props and decorations for the show.

Your band members become more skilled the more often they play with you, so use them at every opportunity. Also, your own skills - which automatically rise over time while you are making music - contribute to your ability to put on a fan-favourite show. 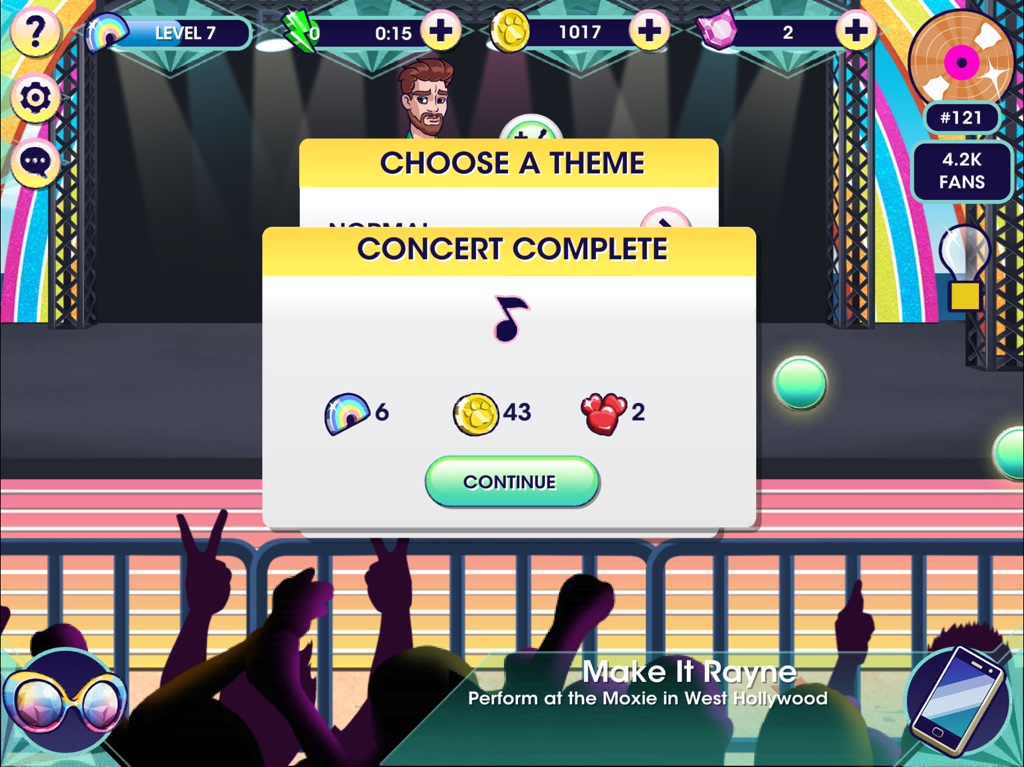 Inspiration helps you with concerts, music videos, and songs. You can see your inspiration level on the right side of the screen in the lightbulb. The easiest way to fill it up is to complete quests and to buy food and drink from the various bars and clubs in the game.

Inspiration drops come in many different forms, from green mountain icons to little roller-skates to tiny fireworks. Pick it all up. 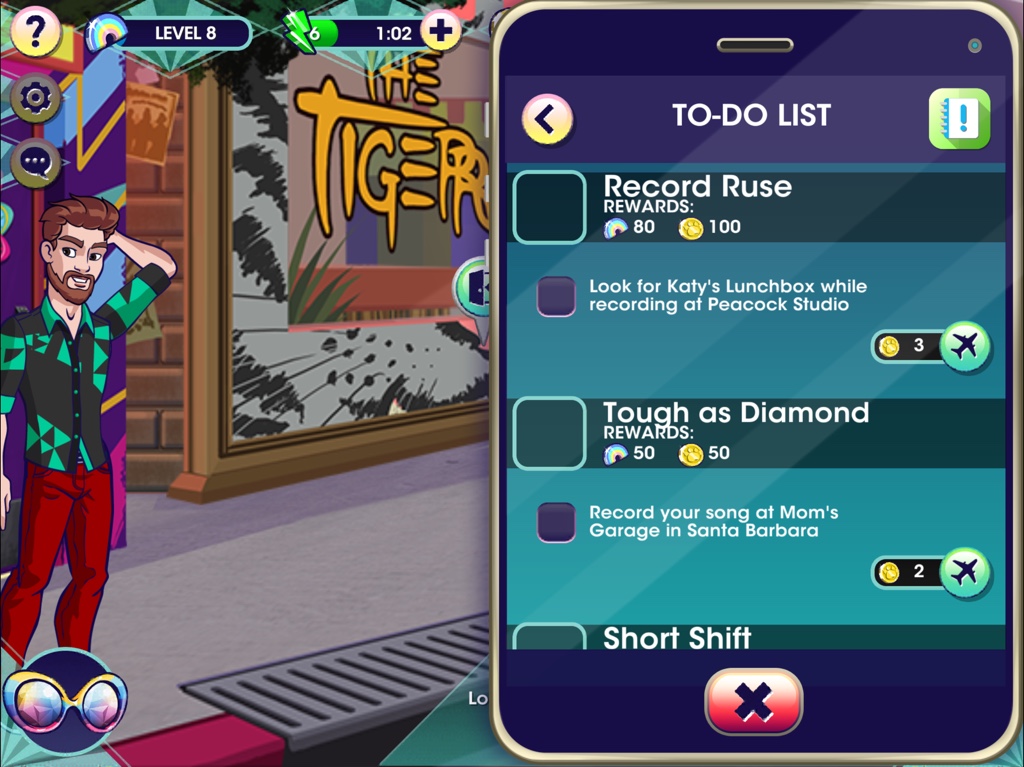 Keep an eye on your to-do list to find all your quests. You can also travel to the right location from here, which should make life easier. Plus, you can see which quests have a time limit on them, so you don't run out of time on an important mission.

Keep a close eye on the rewards for each quests. Focus on the ones that will give you useful stuff - especially experience, as levelling up refills your energy and lets you keep playing.

Finally, always be on the lookout for more quests. Explore the game world - both normally and in Katy Vision - to look out for quest givers. You want to have lots to do all time so you can spend your time wisely.

Try to focus on one quest at a time, though, as you only have a small amount of energy to spend and you don't want to spread yourself too thin. Take on a quest, finish it, and then move onto the next.

Finally, don't start time sensitive quests before you have to leave the game, such as just before bed. You want to give yourself as much time as possible. 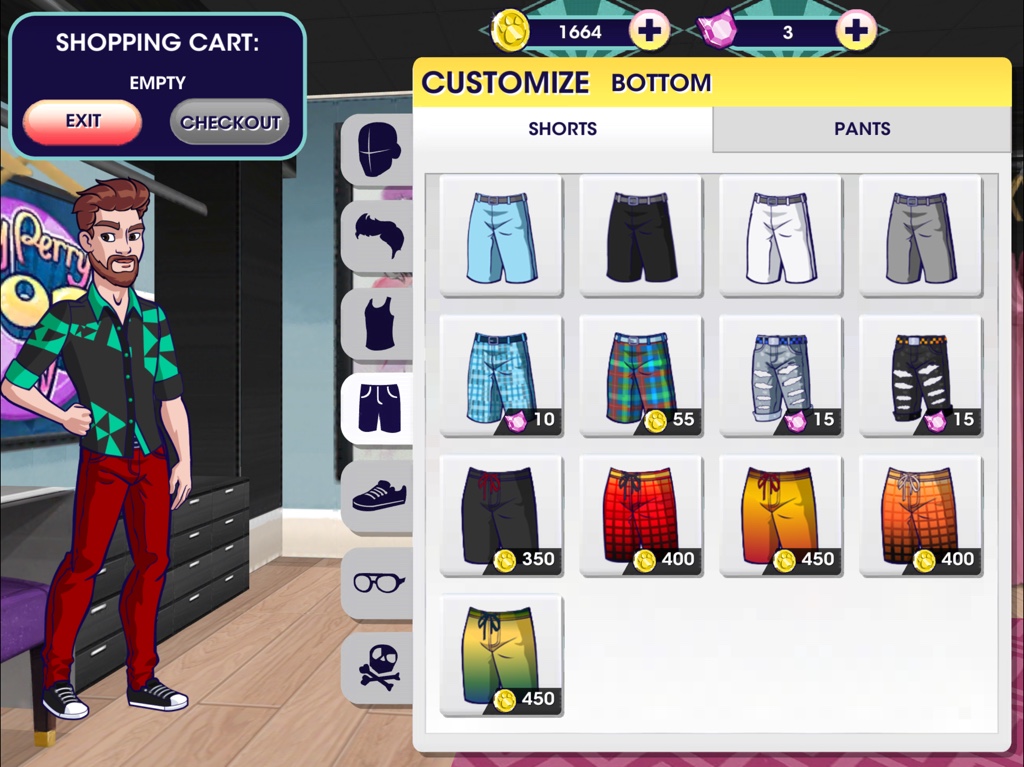 Changing your style can apparently help out in certain quests, but the specific way your clothes affect the game is kept invisible from the player.

To change your duds, open the phone menu and choose closet. From here you can pick your outfit and buy new clothes. Focus on the ones that cost Katy Coins, as the pink Katy Gems are much harder to come by and should be saved for charming new bandmates.

Got more tips? Drop them in the comments below.

The follow-up to Kim Kardashian: Hollywood will star Katy Perry, out later this year