Kaiju Rush is one of those games that thinks up a question no one thought they wanted to know the answer to, and in solving that seemingly unimportant conundrum creates something that's an awful lot of fun.

The particular question here runs something like this - what would happen if you mashed together Crossy Road and Rampage? The answer is a quick-fire, one-tap arcade game that's packed to the gills with exploding buildings and delightful destruction.

It might not be the deepest game in the world, and after a while the repetitive nature of the experience is going to start to grate - but for those blissful moments before that, it's a cathartic way to waste a few minutes here and there.

The game starts with you throwing your giant monster into the fray. You'll unlock more of these as you play, in the shape of eggs given out when you hit certain milestones. An aiming reticle pops up, and you need to tap to stop it as close to the centre as you can.

A perfect hit gets you a boost, and lets you deliver a coup de grace when you reach the end of your path of destruction. Your kaiju doesn't just charge though, it bounces - and that's where you come in. You need to tap when the aiming circle that appears which each bounce is at its largest.

It's often quite hard to tell whether you're hitting your bounces right, but smart players will realise that some structures are worth more when you smash them, and time their bounces to make sure they're sucking up the most cash. 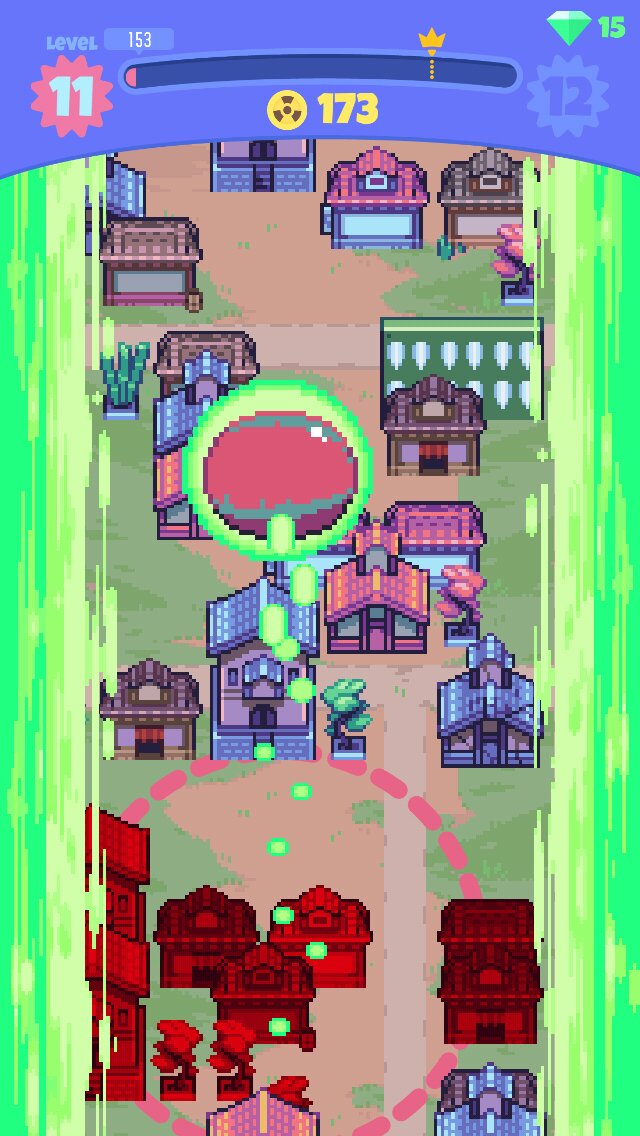 That cash is spent on upgrades. They're not upgrades for your menagerie of weird beasts though, they're upgrades for the levels you unlock. Each new location starts with these at zero, so you need to push through and unlock them all again to make sure your earning power increases.

It creates a neat little rhythm as you, quite literally, bounce through the game. There's always something new to unlock just on the horizon, and that means it always feels like one more go is going to prove worthwhile.

This isn't the sort of game you're going to sit down and play for hours. In fact, longer playtimes really expose some of the flaws of the game. There's just not that much to do, and while the rewards are handed out regularly, the mechanics don't change one jot.

Everything that Kaiju Rush sets out to do, it does really, really well. It looks adorable as all hell, and unlocking some new creature is always going to put a smile on your face. The free to play systems here are well balanced too - there are no pay walls to annoy you here.

No, it isn't a classic, but it offers a cheery slice of quick-fire, brain-off action whenever you need one. And it's full of huge monsters and big explosion, which as everyone knows make everything slightly better.

It might not have the most interesting gameplay, but Kaiju Rush is still horribly compulsive
Next Up :
Netflix Desta: The Memories Between review - "Pass the ball and conquer your dreams"