Wooga's popular hidden object adventure game, June's Journey, now has an accompanying podcast called June's Journey: The Lost Diaries?. It promises to be an intimate ASMR-like podcast, narrated by Sarah Grayson, who you'll be familiar with if you've played the likes of Gone Home or Tacoma.

The first episode, Homecoming, is now available through the usual podcasting places with subsequent instalments set to release fortnightly. Each will run for around 20-30 minutes and the first season will consist of 10 episodes in total.

The story follows a 30-something-year-old woman called Autumn Driver who feels trapped in a job she despises. In an attempt to escape life for a while, she heads to her family estate of Orchid Island. Here she discovers the diary of her Great Grandmother, June Parker. Within its pages, Autumn finds tales from WW1 and the Women's Suffrage Movement. 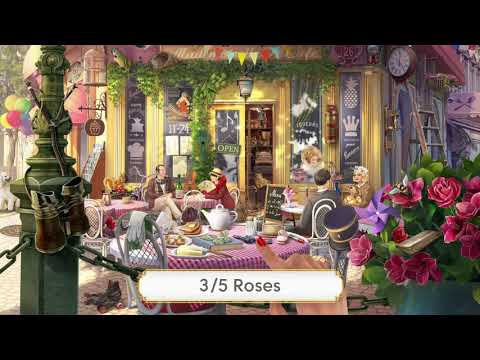 Through this diary, Autumn discovers that life in the 1930s had similar issues to those she faces today or at least, they're not as different as she expected. By reading about her grandmother's adventures, she learns new ways to cope with her own life.

If you're unfamiliar with June's Journey: Hidden Objects, it's a casual adventure game from Wooga that's been downloaded over 10 million times on Google Play alone. It sees players scanning a variety of different scenes in search of different items to progress the story and discover more about June Parker's life.

June's Journey: Hidden Objects is available now over on the App Store and Google Play. It's a free-to-play game with in-app purchases. Meanwhile, you can find the associated podcast, June's Journey: The Lost Diaries, in the usual podcasting places including Spotify, Apple Podcasts, Google Podcasts, Anchor, Breaker, Pocket Casts and RadioPublic.

Looking for more excellent puzzle games to play on your phone or tablet? Here are 25 of the best available for iPhone and iPad
Next Up :
Alchemy Stars' Summer's Breeze & The Port of Hope: Winds in the Harbour event is now live