Put your fast-twitch muscles to the test

Jumpgrid has been described by its developer as 'bullet hell hyper Pac-Man. Now, if that doesn't instantly sound interesting to you, I'm not sure what would. Previously available on iOS, Jumpgrid is now available for Android.

In concept, Jumpgrid sounds pretty straightforward. It takes place on a grid with several nodes that you have to clear to open a wormhole which will take you to the next level. You do this by tapping on the different nodes which will instantly teleport your little ship to them. Sounds pretty easy right?

Well, just take a look at the trailer below and you'll see where the challenge comes from. Each level is littered with constantly shifting shapes and if you tap or allow your ship to get hit by one of them, you'll have to start over. On top of that, you've got various psychedelic colours that make it quite the assault on the eyes. 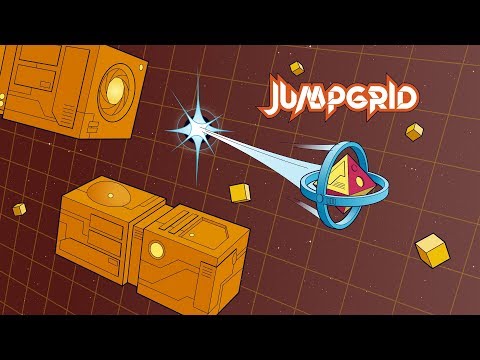 It'll essentially be a case of building up muscle memory so that you can quickly tap your way through each level. Each of the 100+ challenges that are thrown your way can actually be completed in mere seconds once you've built up enough familiarity with the level, it's just getting to that point may take some time.

It's potentially a game you're familiar with as we reviewed it back in May of this year. We found its blend of genres to make for a pretty wild ride and gave it a Gold rating of 4.5 stars. So, it definitely has the Pocket Gamer stamp of approval.

If you're worried by the constantly pulsing colours the game does have adjustable settings so you can reduce the amount of flashing onscreen, which is a nice addition to see.

Jumpgrid is now available on Google Play and the App Store. It's a premium game that costs $2.99.

Check out our news section to discover the latest, and greatest, games.
Next Up :
Daily Dadish lets you try and save your missing radish kids one day at a time, out now on mobile