Jotun is a breathtakingly surreal action adventure game that's now available to stream on NVIDIA SHIELD with a GeForce NOW membership (free for three months and $7.99 a month after that).

Set in a visually striking animated world based on Norse mythology, Jotun casts players as a fearless Viking warrior named Thora who is killed in a shipwreck at the beginning of the game.

In order to prove herself worthy to enter the gates of Valhalla (the Viking afterlife ruled over by Odin), Thora must search the lands of Norse purgatory in order to find runes that have the power to release giant Jotun elementals. 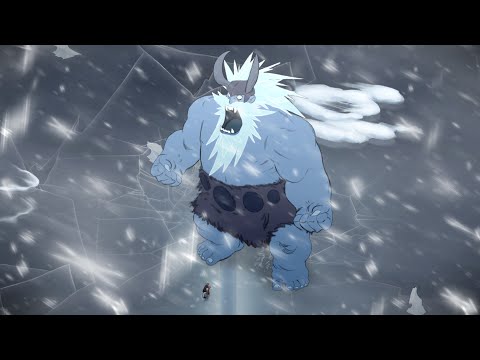 As Thora ventures into the perilous purgatory, she is forced to face off in battle against the towering Jotuns using her mighty two-handed axe and powerful abilities she acquires as she progresses in the game. Her journey takes her across nine distinct locales where she will fight five powerful Jotuns in an effort to prove herself to the Norse gods.

Jotun features gorgeous, hand-drawn visuals and characters inspired by Norse mythology. The game's stunning animated art-style also lends a surreal quality to its setting of the afterlife for an experience that looks great on SHIELD Android TV at a resolution of up to 1080p.

Jotun's storyline and animated cutscene cinematics are also enhanced by authentic Icelandic voiceovers that bring the experience to life.

Play one of the best Norse mythology-based adventure games out there now on NVIDIA SHIELD in Jotun, which is available to stream with a GeForce NOW membership at no additional cost.