Jigsaw Puzzle: Belgium Through The Lens lets players journey through Belgium via jigsaw puzzles, out now on Android

CRX Entertainment has officially announced the mobile launch of Jigsaw Puzzle: Belgium Through The Lens, letting players dive into a free-to-play jigsaw experience on Android devices. The game is meant to be enjoyed by jigsaw fans of all ages - players can look forward to teaming up with Gizmo the Dog on their adventure across Belgium, solving puzzles and discovering gorgeous artwork along the way.

In Jigsaw Puzzle: Belgium Through The Lens, players will put their own jigsaw prowess to the test across hundreds of pieces with images based on the work of popular Belgian photographer Nano. Players can marvel at lovely scenes across nature, jaw-dropping architectural wonders, vibrant animals and even stunning objects.

As players go through the jigsaw puzzles, they'll be serenaded by the music in the background as composed by the Yoga Master, making the whole gameplay experience totally chill and calming. For jigsaw puzzle fans who want to experience the game on a bigger screen, the title will also be launched on the PC and Mac in the coming weeks. 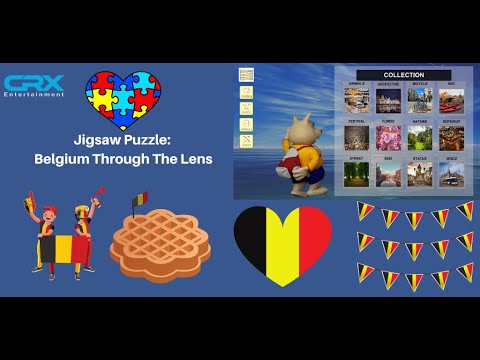 For now, if you're an Android user and you're keen on joining in on the jigsaw puzzle-solving fun, you can catch Jigsaw Puzzle: Belgium Through The Lens on the Google Play Store for Android devices. An iOS version on the App Store will also be released soon. You can join the community of followers on the official website to stay updated on all the latest developments, or take a little sneak peek at the embedded clip above to get a feel of the game's vibes, visuals and mechanics as well.

Are you on the hunt for more similar titles that will put your skills to the test on your mobile device? Why not take a gander at our list of the best Android puzzles?

Next Up :
Eldrum: Red Tide is an upcoming RPG with tabletop elements, coming to iOS and Android this fall