It's the end of another week and that can mean only two things. One - we need to crack out our comfy pants and get ready for a weekend of chilling, and two - it's time to see what the App Army's been digging into this week.

We gave them at shot at the adventure puzzler, Isoland 2. This time the story takes us through time and space as we unravel parts of a lost civilisation.

As with the previous title in the series, we're faced with striking hand-drawn artwork, a curious non-linear storyline, and much more... but what does our App Army think of it? Let's find out. 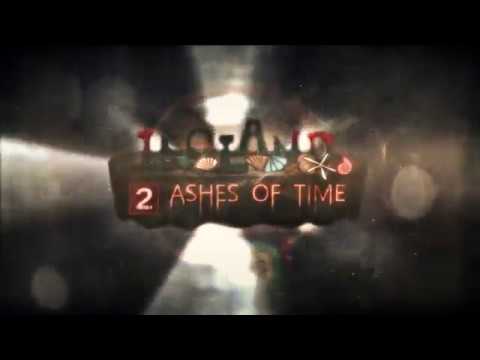 This is a combination of hidden object and puzzle solving. Isoland 2 has nice, clear graphics, though I personally dislike the style. Its music was inoffensive, but repetitive, so I turned the sound off.

I think the game would benefit from a short tutorial as some of the puzzles gave little, if any, idea of what precisely you were supposed to try to do, and the hints seemed to run out after the first one. It's more hit and miss than I like, and I was eventually forced to find a YouTube walkthrough to make progress.

If you like challenging puzzles and hidden object games, you'll probably like this one. As for me, it's an hour of my life that I'll never get back.

This is one for fans of mysteries who don't need their hands held.

Isoland 2 is a point and click-style adventure with some puzzles added in besides the problem solving. The puzzles are infrequent, but very original, and, like the rest of the game, the rules and objectives of the puzzles are left to you to figure out.

It's a game which is best tackled with a notebook and pencil - it has an in-game notes system where you can take screenshots and draw on the screen, but most people would find it much easier to write it down. Potential clues are all over the game in the form of numbers and symbols, and it's not made clear to you what's a clue and what is simply background art.

The world it creates is very personal and distinctive, with a simultaneously childlike and dark art style. It reminds me a bit of Tiny Bang Story, and also a little bit of the Rusty Lake / Cube Escape games. However, it's much harder than them.

After finishing it you can play through again, and it adds some extra bits: more locations and more problems to solve. The puzzles are all "reshuffled" so it's the same kind of puzzle, but with a different start state. It's a nice way to add replay value to a game like this.

If you want a proper, chewy, mystery to get your teeth into, this is a great buy for £1.99/$1.99. If you don't like games where you get totally stuck, and wander around desperately poking everything to try to progress, then it's probably not for you. 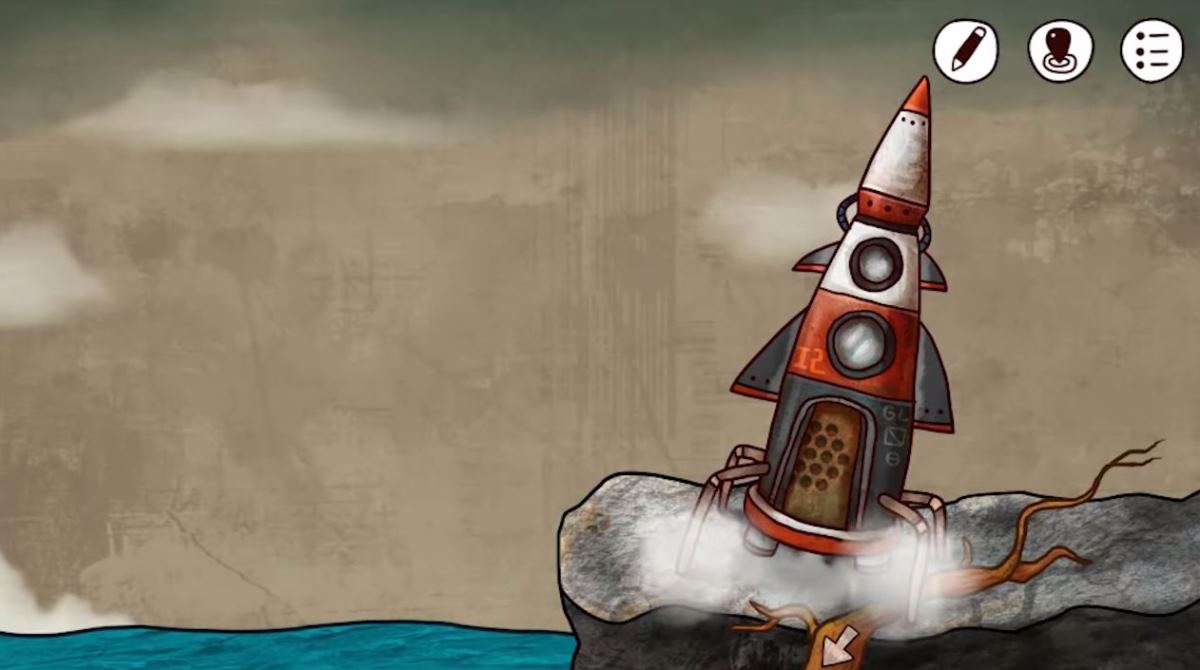 Isoland 2 has an interesting art style for a point and click adventure game. It reminds me of the old LucasArts games. From what I have played so far the puzzles are a decent challenge.

Honestly, it doesn't appeal to me as much as I thought. I think my wife will love it so I am going to give it to her.

Isoland 2 is basically a combination of puzzle and hidden object game. I like the quirky yet gorgeous artwork, but it took me a while to get used to it, mainly because it's unclear what is a hidden puzzle or just a background art.

It's much easier to identify the useful objects if you read the description of the objects, and the puzzles are interesting. Aside from the artwork, the puzzles are the best thing about the game. The music is dull and becomes annoying when the characters talk. They could've used voice acting or just silence. Overall, it's a good game if you're looking for something strange and mysterious.

It must be said from the start that I haven't played the first game in the series, but I don't feel that it would have made a difference if I had.

This is a strange game. I'm an avid puzzler/point and click gamer, but I just couldn't get a solid grip on the gameplay. The beginning was easy enough, but after that things went awry.

There were puzzles that were challenging, which I love, and some that were positively obscure and completing them was more by luck than skill. There is a hint button where you get one free hint and you have to buy tokens to get more, but I wouldn't pay as the hints aren’t that helpful anyway.

The graphics and overall mechanics of the game are good and the music offbeat enough to match the game, but I switched it off after a while. I feel that there's a good puzzler trying to get out in this game, but as it is at the moment it's lacking something to keep me playing.

I'm a big fan of challenging puzzlers like this. You wander around a strange island completing tasks with different objects that you find along the way. It has the same feel to many games of a similar genre, so should appeal to those with a keen eye and a taste for the artistic, cartoony style of the game.

It is challenging, so not for casual gamers. If you miss an item and you could end up searching for hours for a clue to the next step of the puzzle. Not one for the casual gamer.

I've played loads of games like this and really love point-and-click games with lots of puzzles to solve. Usually these games are mostly static images, sometimes with few animations, but Isoland 2 has beautiful art work and the animations are quite nice when they are present.

Most scenes are very detailed and there are sound effects everywhere. I quite liked the soundtrack, which changes from time to time. It's quite nice to revisit the same scenes over and over, but in different timelines, and that gives us different characters to interact with and different puzzles.

You have to really concentrate to get all of the hints, which you'll have to use in different sceneries. You have a camera, but it's only to share outside the game, the pictures don't remain in-game, but I liked the notepad included where you take handwritten notes about hints you think you'll need later on. This notepad opens on top of the scene you're playing, with some transparency on it so you can write while looking at the scene itself.

The puzzles are quite challenging and I guess I'll be playing for some hours before I finish it. There are in-game hints that you can use and unlock, but not the most helpful of things. Be prepared to go after a walkthrough, or get in and out of the game to come in with a fresh set of eyes each time. All in all, it's a great game for point and click puzzle lovers for sure. 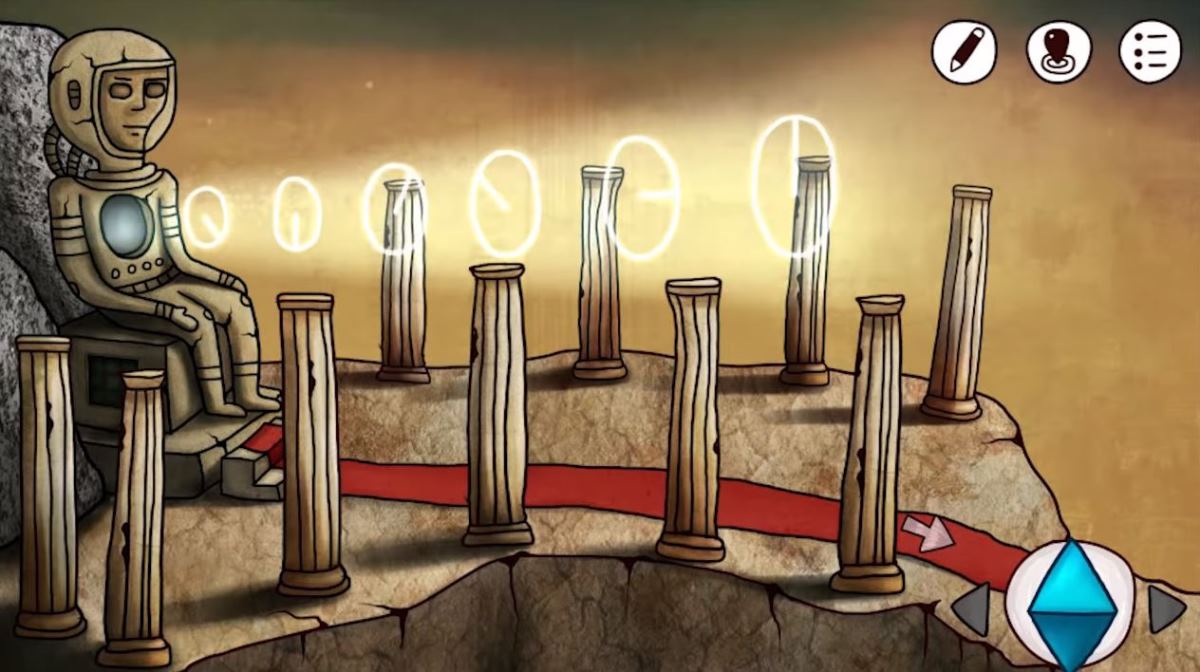 While narrative-driven adventure games are more my cup of tea, the surreal quirkiness of Isoland 2 resonated with me, much in the way the Rusty Lake series did.

If you enjoy adventure games or 'escape the room'-style puzzlers then Isoland 2 will provide a lovingly crafted adventure for your enjoyment. At its £1.99/$1.99 price tag it's good value.

I was already a fan of the original, so I had an idea of what to expect: a hidden object and puzzle game that does not do any hand holding.

I think the main reason it can be so frustrating at times is that the game, which is done in a hand drawn style, doesn't give you any hints to what is an item or puzzle or what is part of the scenery. Items also seem very random with no rhyme or reason at first.

As with the first game I can draw this out for quite a few days (as yet I'm still unfinished) as I often get stuck, but then leave to come back and try again. And, boy, does it feel good once you find or figure something out! I really like the in-game notes system and found myself using it a lot.

If you do get stuck, the in-game hint system is there. The free hints are very cryptic, but for me only added to the challenge. It's a quirky little game not for the easily frustrated and I've really been enjoying it.

Started out easy enough, but soon started going off the rails with some of those puzzles. It's definitely a game that might have benefited from a tutorial.

The App Army is Pocket Gamer's very own community of mobile game experts. Each week, we provide them with a bunch of free codes so they can provide their thoughts in features like this.

To join, simply follow this link to the page on Facebook and request access. We'll get you in right away!
Next Up :
Figure Fantasy: What to expect from the epic Ultraman Tiga collab

Isoland 2: Ashes of Time is a striking, hand-drawn puzzler with lots to say for itself