Noble Bros LLC has officially announced the upcoming launch of Isaiah 13, the studio's sci-fi title coming to both iOS and Android devices on July 23rd. Players can expect to engage in a single-player Real Time Strategy (RTS) experience with puzzle-esque mechanics across the galaxy.

In Isaiah 13, players can look forward to liberating planets in order to gather enough strength as they fight against a malevolent AI force. They'll need to strategise the best tactics to take down their foes as they collect energy crystals and charge up their cannons. Do you have what it takes to defeat the Planet Eaters and save humanity once and for all?

The game also features different load-outs that you can customise to find the best gear that suits your playstyle best. From the screenshots available online, it also seems like there's an adorable robot doggie you'll encounter along the way - and when there's a doggo involved, it's always bound to be a blast. 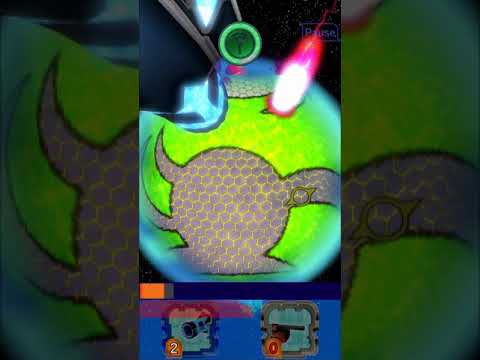 Isaiah 13 will officially launch on the iOS App Store and on the Google Play Store for Android devices on July 23rd. It's a premium title that costs $2.99 a pop or your local equivalent. If you're eager to join in on all the fun, you can learn more about the studio on the official website, join the community of followers on Facebook, discover more about the studio's roster on the official YouTube channel to stay updated on all the latest developments, or take a little sneak peek at the embedded clip above to get a feel of the game's visuals, gameplay and mechanics as well.

Are you on the hunt for more similar titles that will put your skills to the test on your mobile device? Why not take a gander at our list of the best paid games on iOS?

Next Up :
Pokemon Go's August Community Day will be all about the adorable Galarian Zigzagoon