Switch
| Into the Breach

When your debut game is the unstoppable FTL: Faster Than Light, you've got quite the task ahead of you when it comes to the next release.

But Subset Games has risen to the challenge admirably with Into the Breach, a sci-fi roguelike strategy title that shares some similarities in style and atmosphere to FTL.

It's a totally different beast mechanically however, offering up one of the most tense and psychologically taxing pieces of strategy action you're likely to encounter in your lifetime.

You see, Into the Breach isn't really about winning - it's about survival. You don't win a match by killing everything else or capturing a target, but instead by keeping yourself and nearby civilians alive for a set number of turns.

There are side objectives to consider as well - don't let a particular building get destroyed, stop enemies from rising up, that sort of thing - but survival is always your one and only solution to the problem. 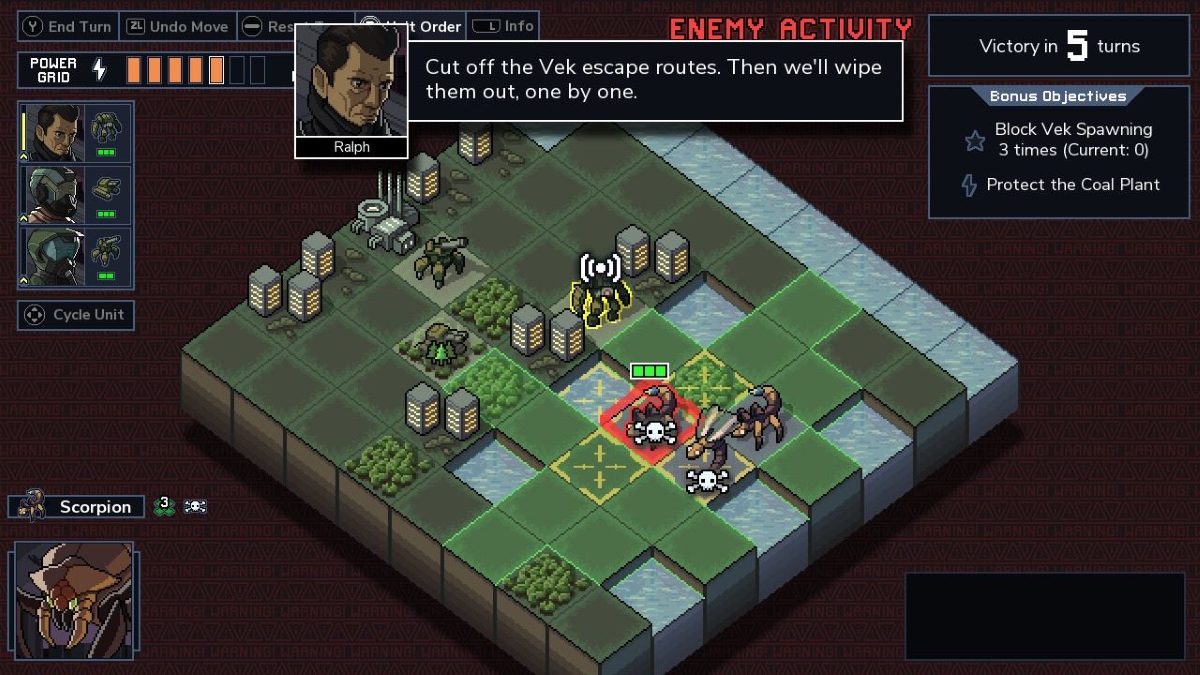 It plays out on an isometric grid, with your squad of three units being able to move and attack in the same turn. Attacking cancels your ability to move, so you need to take that into account before you act.

At the start of each turn, the enemy will move to locations and telegraph their next attack. Your objective is to stop them from destroying buildings and hurting your overall power grid life bar, as well as keeping your units intact.

While your attacks will do some damage, you'll mostly be using their ability to push enemies around - it might not hurt them, but you could save a building instead, at the cost of having a tougher time defeating the enemy later on.

There are all sorts of ways the push mechanic can be used to find a strategy. Maybe you attack your own unit to push enemies away, so they can move freely. Maybe you push your own unit into the enemy's path to take damage instead of losing power. It's up to you.

It makes the strategy more about what you can afford to lose, rather than what you're going to gain. And that's incredibly clever. You're always on the back foot, always clawing for more space and freedom. 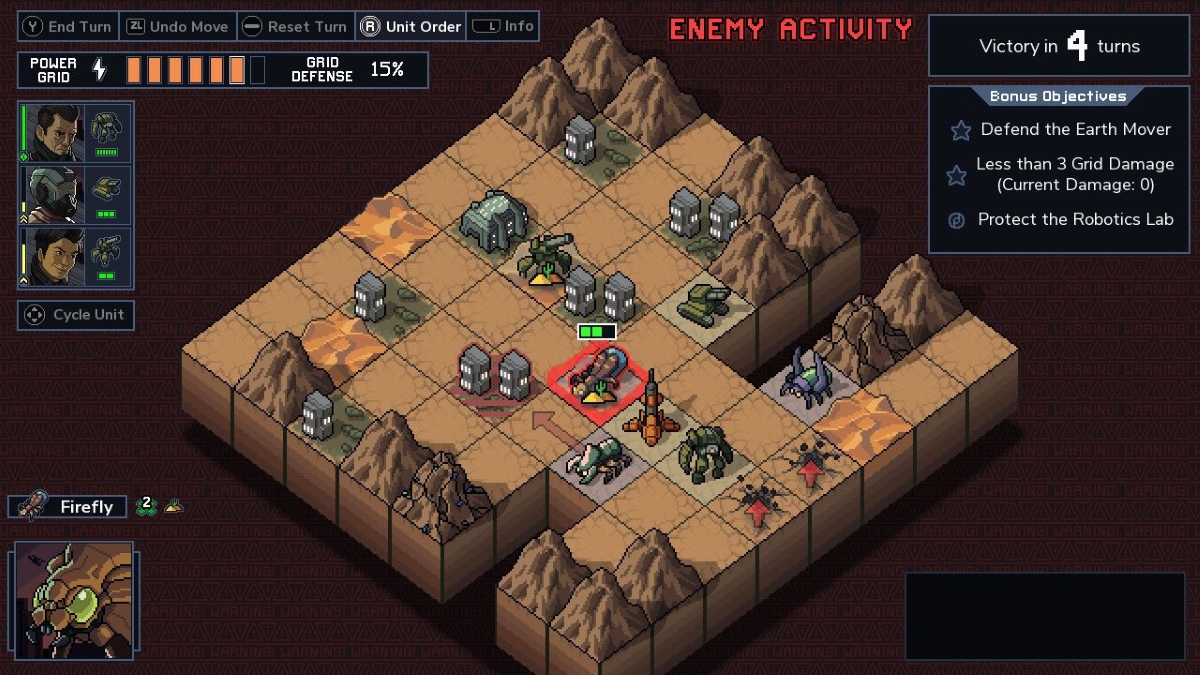 That can be quite taxing mentally, and combined with the sombre soundtrack, it creates a rather hopeless and depressing atmosphere. It's kind of beautiful in its own way, but don't go in expecting gung-ho action and uplifting outcomes - it's just the lesser of two evils every time.

Overall, Into the Breach is a truly stunning strategy game, and it's right at home on Switch. With just three units to control and short matches to contend with, it's easy to pick up and play wherever you are.

The strategy mechanics are absolutely sublime, and the shift from outright victory being your objective to simply scraping by will have you scratching your head and questioning every decision.

It can be tough going at times, both mentally and due to its high difficulty, but if you invest some time and energy into the game, you're going to get a lot out of it.

Into the Breach is tough on your head and tough on your heart, but you'd be a fool not to play it
Next Up :
Hero Emblems II review - "Lovely visuals and music, but match-3 combat lacks strategic depth"