Switch
| Into the Breach

One more little gem announced during this evening's Nindies Direct is Into the Breach - you know, from the FTL: Fast Than Light developer? Not only is it coming to Switch, it'll be out on the Switch by the time this article goes up, phoar. 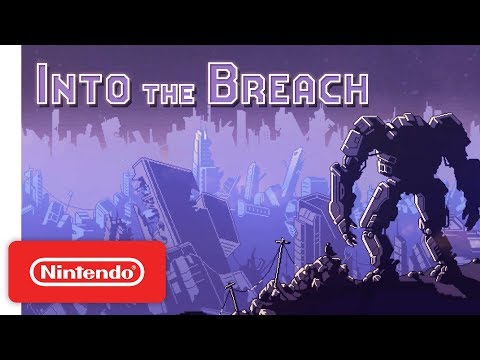 When the remnants of human civilisation is threatened by aliens breeding beneath the earth, you need to control futuristic mechs to take the threat head-on. Defend earth's remaining cities, choose the right strategy, upgrade and create the ultimate mech, but try not to die.

You'll need to get your head in the game with this indie gem because once you're wiped out, you're off to another timeline. This turn-based strategy game may look simple, but don't be deceived. Its bite is far worse than its bark, and you'll love it for being so tricksy.