Infinite Links, a story of siblings and magic, is officially out on iOS and Android

KEMCO has officially launched Infinite Links, a story of curses and magical talismans. The game is available on both iOS and Android.

Infinite Links follows the story of Kronos and Serene, and the link between them. Kronos is a young lad training to become a powerful wizard and Serene is not actually his sister but they consider each other siblings. They have a very deep-rooted bond and will do absolutely anything for each other. But they are soon enveloped in a conspiracy surrounding mystical objects called Talismans. 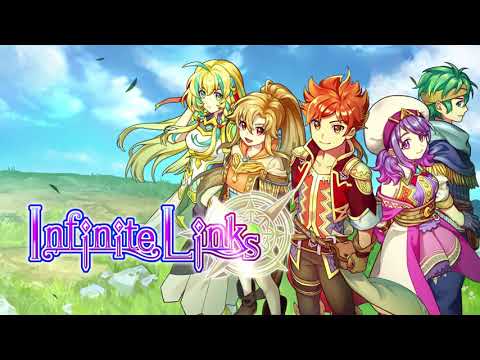 These talismans are magical items with an immense amount of power. Possessinga talisman is like having a wish come true. Its power can be used to grant absolutely anything that exists in the world. With this amount of power, there’s bound to be people who want to use it for selfish reasons. Kronos and Serene find themselves at the centre of this whole talisman plot.

The two siblings must fight their way through everything that tries to stop them. In order to aid them is a skill board for players to use. When you equip a talisman to the skill board, you will earn many new skills and fatal moves, all dependent on the arrangement. They will also provide some supporting effects for the party.

You can also power up your talisman and other weapons and armour with upgrades. Extra or unused talismans can be disassembled to get fragments which can be used for other upgrades. Formations are a key to victory in Infinite Links. Multiple formations bring multiple effects like extra physical damage or counterattacks. The world is also filled with traps that may be triggered based on enemy or ally positions.

To keep you hooked, the game will feature an Arena, numerous side quests, monsters to battle, and achievements to earn. Lots of challenges equals lots of rewards and a tonne of fun!

Download Infinite Links right now on the App Store for $6.99 and Google Play for $7.99. Google Play also features a free version with ads.

Check out the top RPG games to play on mobile!
Next Up :
Magic and Legend: Time Knights is an action platformer that's out now on Game Boy and Game Boy Color