Fight monsters and collect heroes in this Phantasy Star-inspired gacha

If you were around in the ‘80s, or you’re a retro game enthusiast, you might be familiar with the first Phantasy Star games. They were among the early wave of Japanese RPGs that helped bring the genre into the mainstream. Decades since the fourth and final installment of the original Phantasy Star story arrived on the SEGA Mega Drive, this classic universe has been expanded with a range of spin-offs, exploring all sorts of new worlds and characters.

Coinciding with the series’ 30th anniversary this year, Boltrend Games has published a modern installment for the mobile – a gacha-style JRPG called Idola: Phantasy Star Saga. Here are five reasons to give it a go. 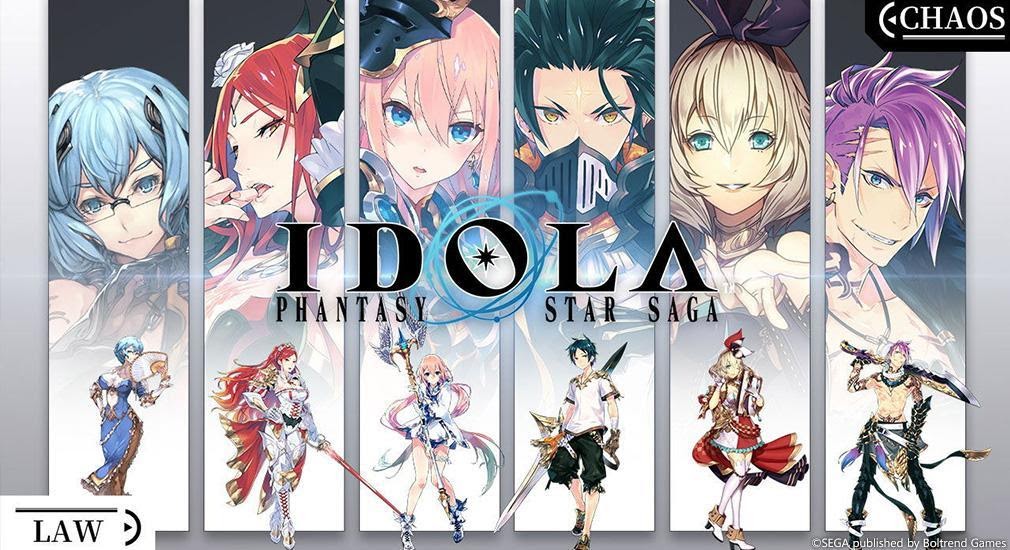 Every RPG needs a good story. In contrast to a lot of quasi-medieval RPGs, Phantasy Star’s plots typically involve science fiction elements. Idola: Phantasy Star Saga takes place on Vandor, a world besieged by monsters called Idola. Our two central protagonists are Stella and Uly; Stella is the leader of the Aries Chivalric Order, whose mission is to defeat the Idola, whilst Uly is a recruit for the Order’s guerilla unit. As the fully voice-acted story unfolds, players can discover more about the origin of Idola, and their connection to Dark Falz, the main antagonist of the series. Many collectible characters also boast their own engaging side stories worth exploring.

Idola: Phantasy Star Saga features vibrant, side-scrolling 2D graphics heavily inspired by modern anime. Heroes are adorned with elaborate, highly detailed outfits that vary depending on whether they belong to the Law or Chaos factions. Each character has their distinct attack animations, with a separate, explosive cut-scene when deploying their unique ultimate attacks. 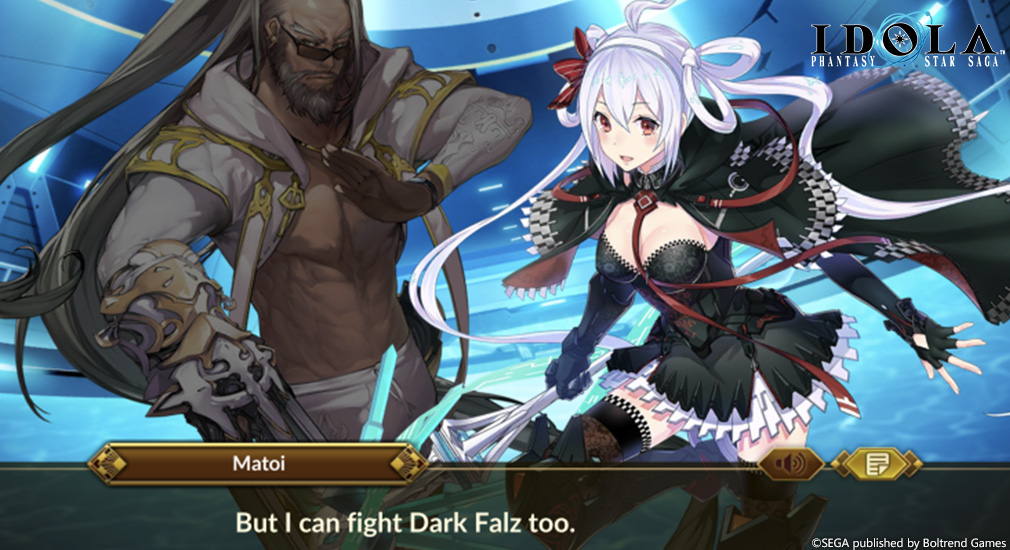 On Vandor, there are characters aligned with the Chaos faction, those aligned with the Law faction, and those who choose to remain neutral. Though Chaos members favour a life free of restraint, whilst Law members choose to abide by a moral code, both work in tandem to tackle the Idola threat. This is reflected in the game’s two-party system; build one formidable party of four Chaos characters, and another of four Law characters, and alternate between the two parties – even mid-battle, using the Reverse Rush function (which also unleashes a powerful attack). Note that neutral characters can be added to either party.

Battle Idola – or become them

Idola – the behemoths your party has to take down – come in all sorts of fearsome forms, colours and sizes. They also present a varying challenge, with different ultimate attacks, strengths and weaknesses. Unusually, in the multiplayer Raid mode, you can select four Chaos and four Law characters to form an Idola for others to fight. The resulting Idola will vary depending on the mix of constituent characters, and – powered by A.I. – must attempt to drive off as many opposing players as possible. The more successful your Idola, the bigger the rewards. Alternatively, you can take on another player’s Idola creation, reaping rewards based on how well your party does against it. 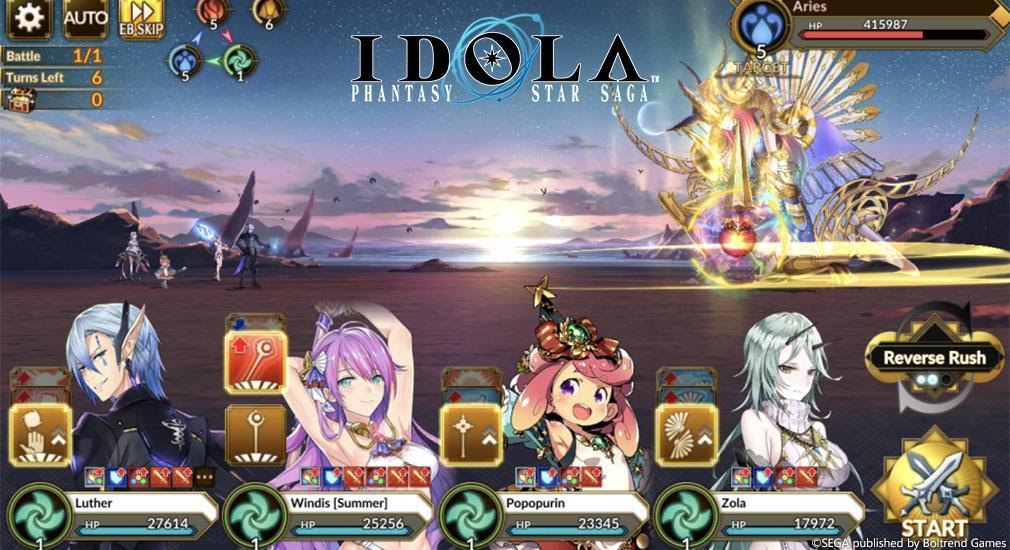 Take on players in the PvP Arena

When you want to take a break from the main story mode and indulge your competitive side, head to the online PvP Arena. Here, eight of your heroes will take on eight of an auto-matched opponent’s in command-based combat. The better you do, the higher you’ll rank, but you’ll gain rewards just for taking part.

The game’s self-contained story means you don’t need to have played previous installments in the Phantasy Star series to enjoy it. In fact, anybody on the hunt for a new gacha JRPG may find Idola: Phantasy Star Saga is just what they were looking for. You can download it for free from Google Play and the App Store.

What's A Preferred Partner Feature?
From time to time Steel Media offers companies and organisations the opportunity to partner with us on specially commissioned articles on subjects we think are of interest to our readers. For more information about how we work with commercial partners, please read our Sponsorship Editorial Independence Policy.
If you're interested in becoming a Preferred Partner please click here.
Next Up :
Omega Strikers Asher best builds and tips