Gameloft has announced the official launch of Idle Siege, its latest idle strategy game that adds a burst of medieval-inspired colour to iOS and Android devices. The tactical title is meant to be a relaxing experience on mobile while offering players a more stress-free way to engage in a little conquering and sieging.

In Idle Siege, players step into the shoes of a powerful Warlord tasked with conquering the Unconquerable Islands. You'll have to put your thinking cap on in order to make critical strategic decisions. You'll also build military installations, upgrade your troops, and make sure they're well-equipped to march to glory.

Armies are inspired by everything from 13th Century Scottish fighters to 18th Century French soldiers. You can also play with classic historical commanders like Genghis Khan or even Robin Hood. 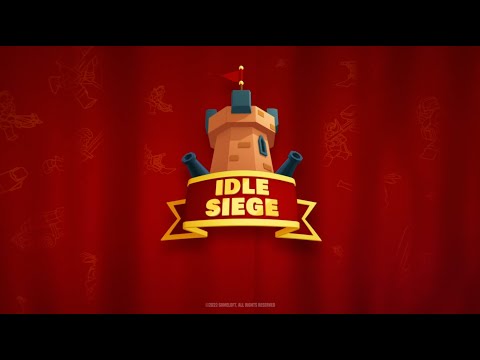 “We’ve been watching the idle-genre evolve over the last few years,” says Kirill Keremzhanov, Game Manager of Idle Siege. “Idle mechanics are taking over other game genres and there’s still a lot of room for innovation around idle DNA. Our fresh-new approach was to bring the RTS experience on mobile and blending it with idle mechanics that don’t require long game sessions and attention span to play and progress. Players will be able to pick it up at ease while watching their favorite TV show and do meaningful progress without spending a ton of their time, but thinking strategically will let players progress faster. As for future development, there’s a ton of new units, commanders and new lands to conquer in the pipeline as well as new game modes. We have big plans, stay tuned!”

If you're curious about the game, you can download Idle Siege on the iOS App Store or on the Google Play Store for Android devices. It's a free-to-play game with in-app purchases.

Are you on the hunt for more idle titles on your mobile device to put your skills to the test? Why not take a gander at our list of the top 15 best idle games on Android?

Next Up :
Avatar: Reckoning lets players explore Pandora in a mobile-exclusive MMORPG, coming this 2022