Identity V cheats and tips - Everything you need to survive

Survival of the sneakiest

I thought the Friday the 13th game was pretty good honestly, but Identity V proves that the concept could've been pushed a bit further on mobile.

Here you're either the hunter or the survivor, on the run and trying to escape from a small locked off area - and if you're a survivor, this really feels like a horror experience.

You'll to unlock switches and decode in order to escape the prison, and with these tips you should be able to survive the nightmare…

Take a look here for everything you need to know about playing as the hunter! 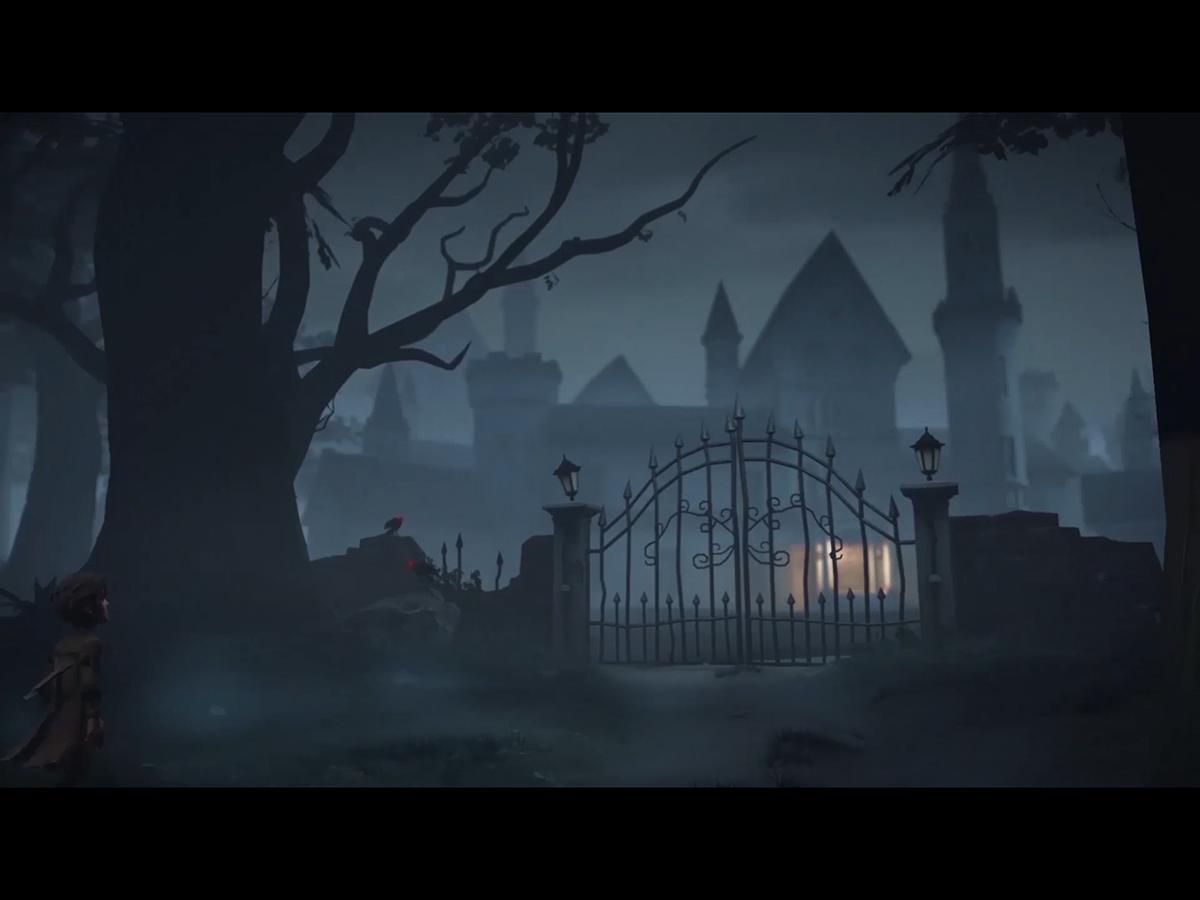 Your main goal as a survivor is to run to typewriters - located at the bottom of lit up antennae - and use them to decode clues, which will slowly allow you access to the exit.

The typewriters make morse code bleeps for whatever reason, but they get the job done. You can even have multiple team members decoding at a single typewriter.

To open up the exit, you'll have to decode every typewriter, so make sure to not leave any of them alone unless you're on the run. 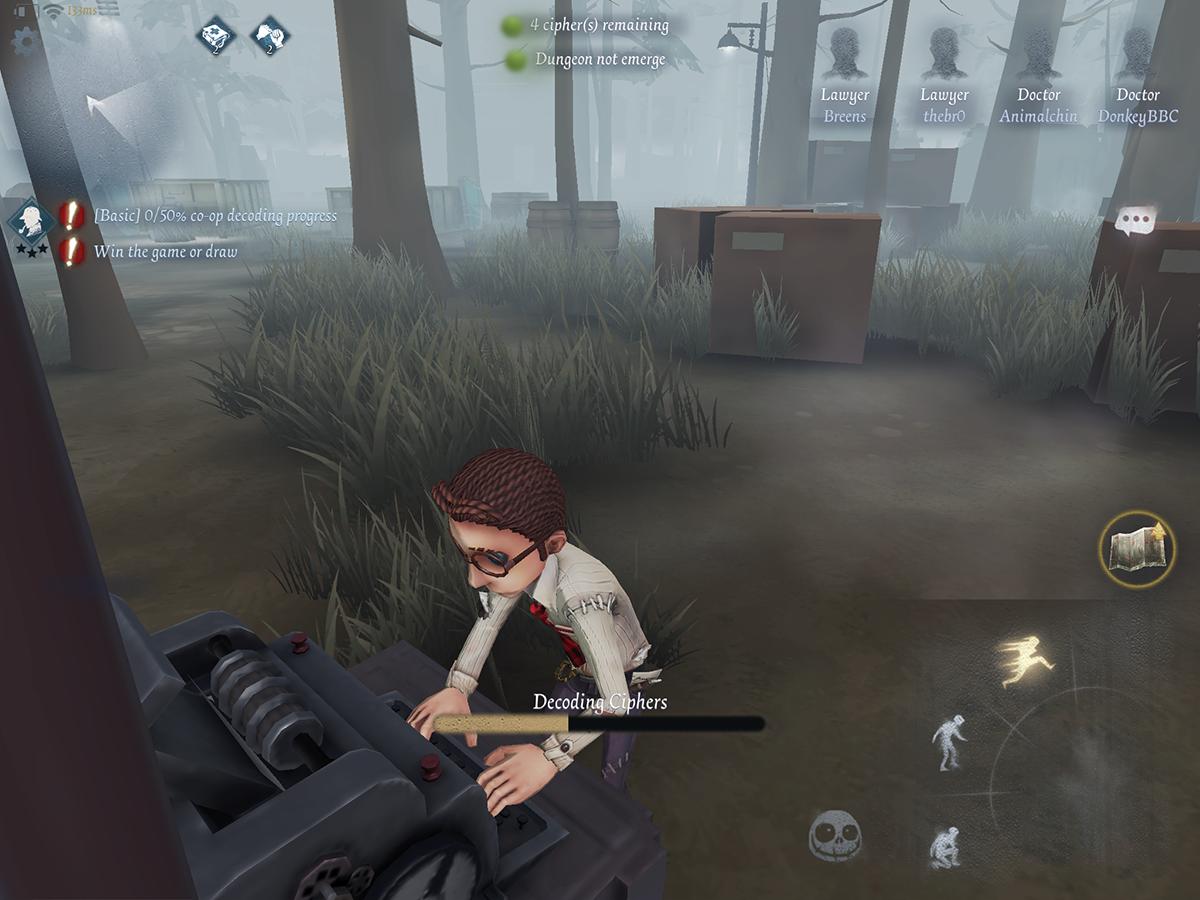 2
The hunter is listening

Hunters will be using different abilities to seek out you survivors, and as such you want to stay low and keep hidden as often as possible.

If you get told "the hunter is listening" then you should stand still, or switching to a crouch or slow walking mode. The hunter of course is a real person, and as such, has the same downsides.

Like, if you hide behind something - yes - you can get away from the hunter. Nice. This is why there's a crouch function, in case it wasn't clear. 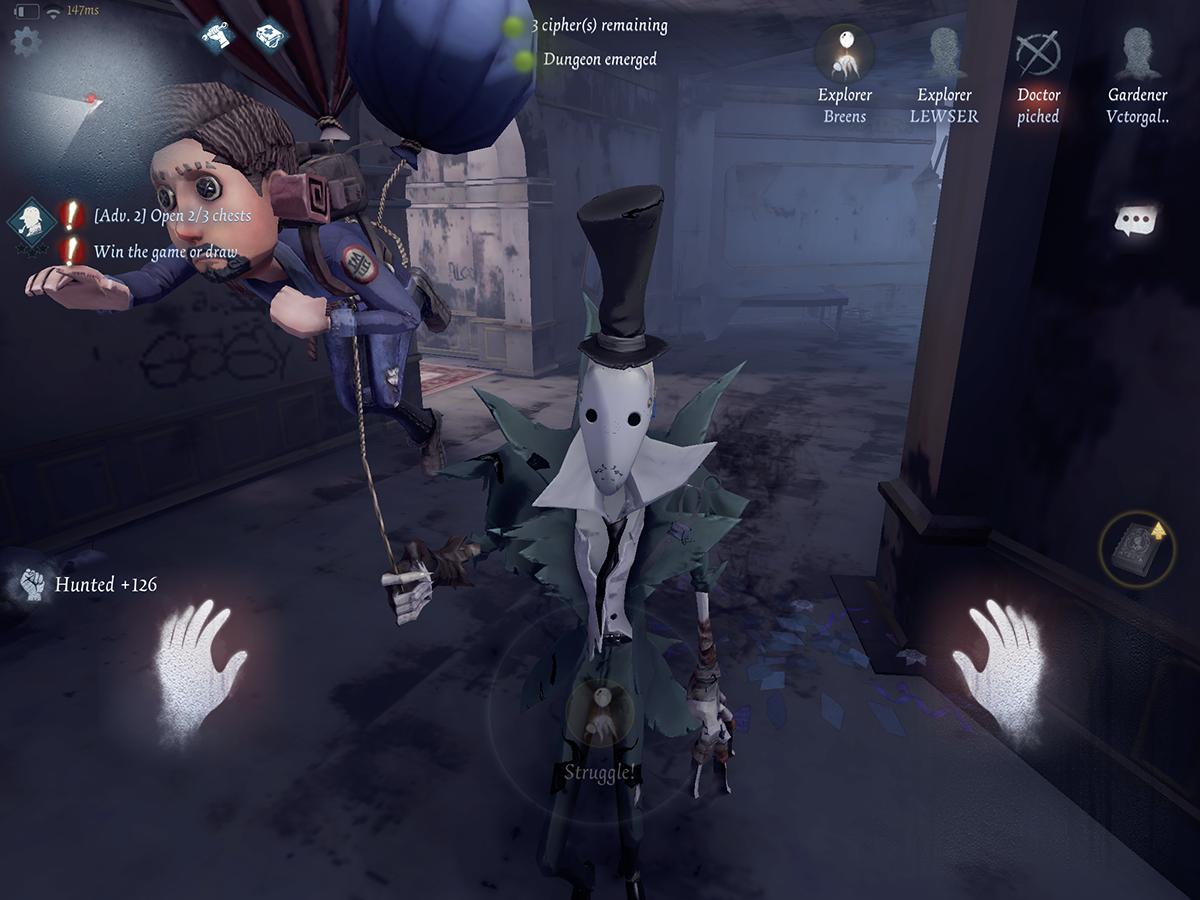 You can open up chests in the environment which contain items, which can help you on your mission.

One example is a map, which literally shows you where typewriters and the exits are on, and how far away they are. Another is a magic device which shrinks you down, making you much less visible to opponents.

There are lockers too, which you can hide within, in true horror game fashion, though of course, if a hunter sees you jump in, there's nothing to hide from. 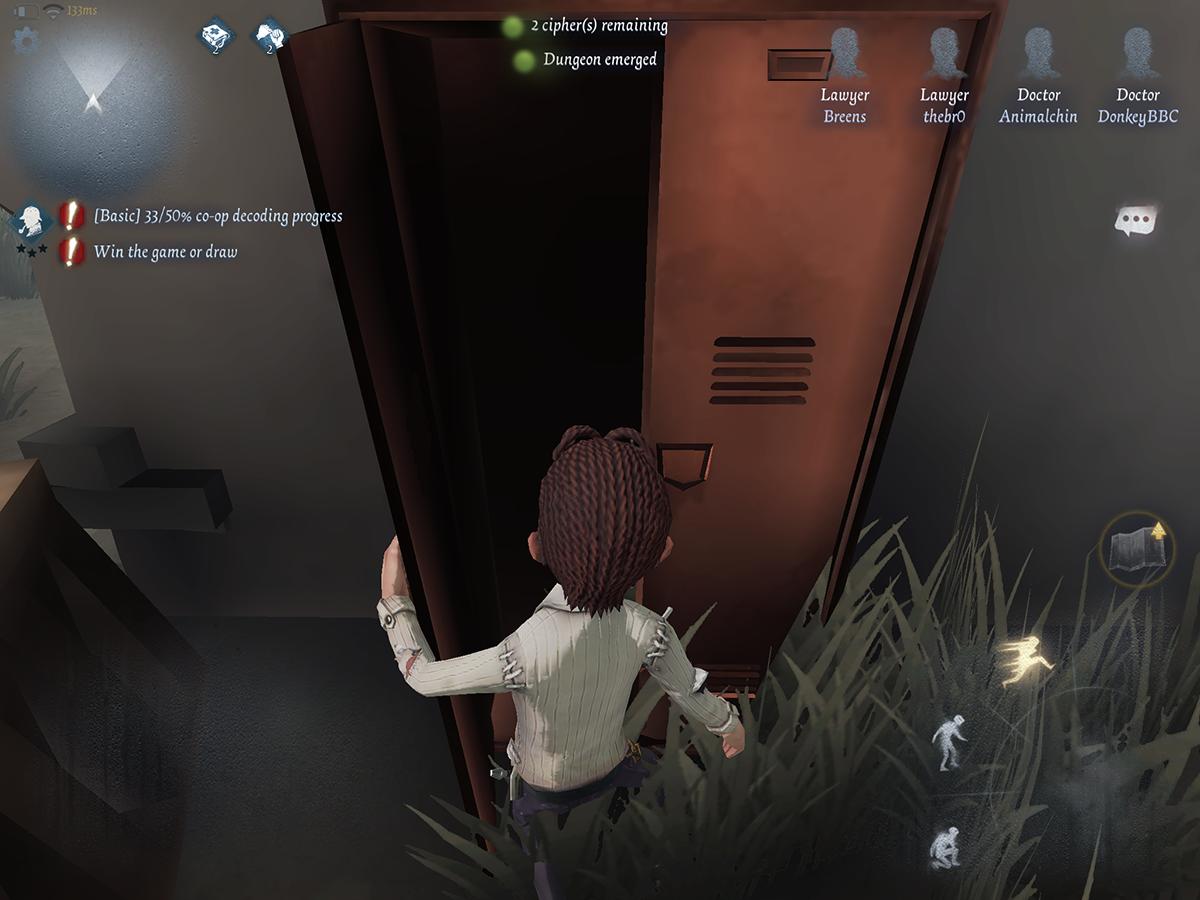 Every team member counts here, which is why you shouldn't unvalue your other survivors. Sure, if you see them getting assaulted, maybe run, but don't leave them to die.

Keep an eye on which rocket chair they get put on, and rush over when you have the chance so you can rescue them. The same goes for incapacitated survivors on the ground.

Though what you should keep in mind is that the hunter might be watching, using their placed survivor as bait to lure you out. Be wary. 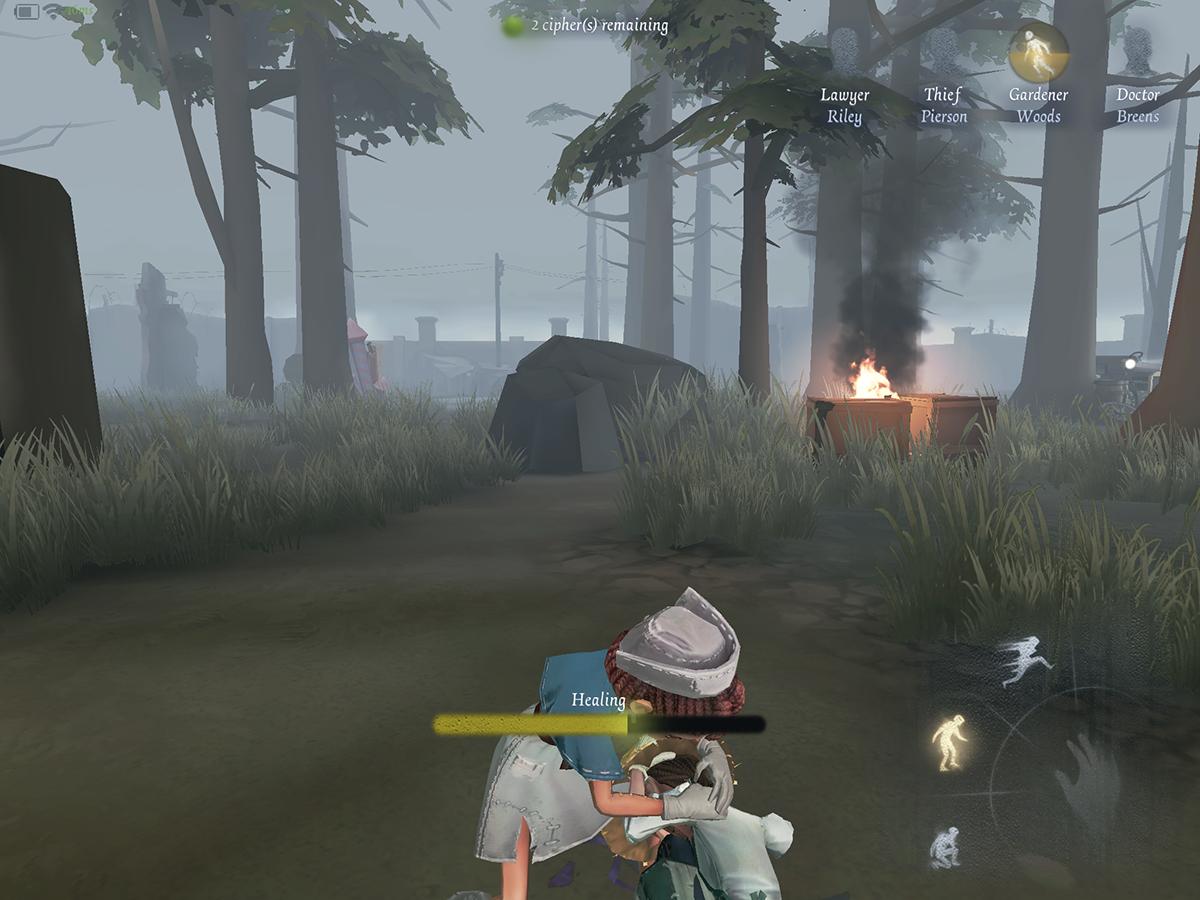 Running away is the most tense part. If the hunter already knows where you are and is on your tail, then you should be aware of the fact that the hunter is faster than you. Yikes!

You can however use pallets and other obstacles to push in front of the hunter, blocking off their pathways and potentially securing your escape.

When you're caught though, well, there's not much hope. You can struggle and try to get away, which might work, but what's more likely is that you get seated in a rocket chair and have to hope your team mates are still around to help. 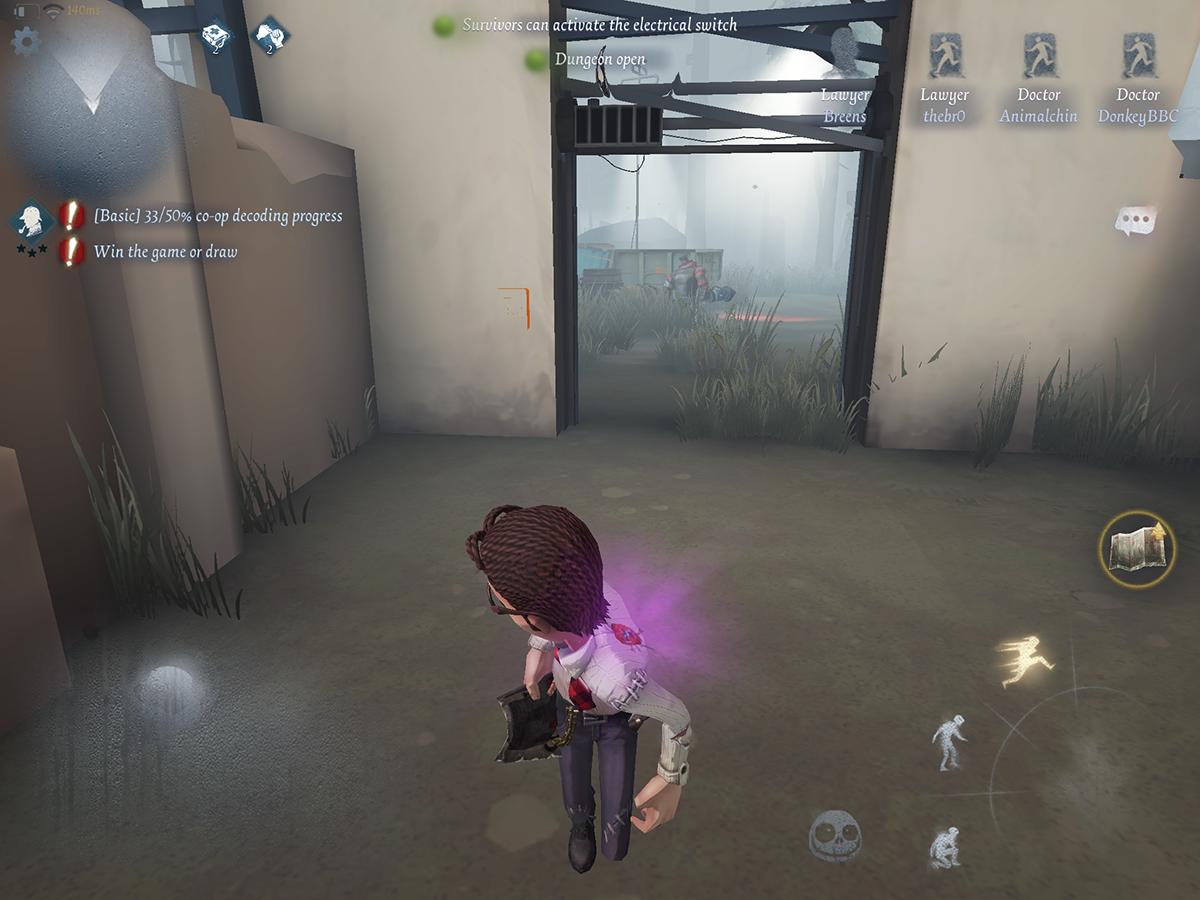 0/5
Next Up :
How to download and play DC Worlds Collide on Android