Reece Millidge is the man behind the really rather sublime Icycle: On Thin Ice. And he's got a thing or two to say about touchscreen platformers.

He should know his stuff about this subject, by the way, for he only went and made a Silver Award-winning touchscreen platformer, didn't he.

But it's not just modern platformers that sit proudly on Millidge's CV.

At the end of the Amiga era, you see, he worked on Odyssey, a side-scrolling adventure that saw you utilising the power of a variety of animals to solve puzzles and jump over things.

I caught up with Millidge recently to talk about platformers, touchscreens, pitching games to your heroes, and why Icycle: On Thin Ice is better without a 'down' button.

This interview was originally going to be included in my Genre Moves piece about touchscreen platformers. But I'm a forgetful berk, so it's been expanded and tweaked into the full-blown interview you see here today.


Pocket Gamer: First up, could you tell me about your experience working on touchscreen platformers?

Icycle: On Thin Ice is the sequel to the original web browser game I started 8-9 years ago, with basic platformer controls. So, it was never intended for a touchscreen device - the smartphone was barely associated with games back then.

When it came to approaching the sequel for mobile / tablet, the first thing I wanted to avoid was the analogue thumbstick UI, which I felt never worked without physical feedback.

So, I ditched the 'down' button, which served little function in the game anyway. Et voilà, I was left with a very acceptable three-button UI that only required finger positioning on a single axis. 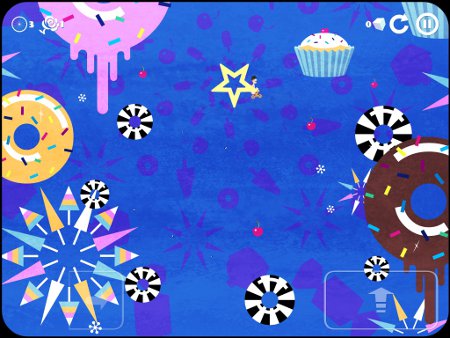 What was the biggest challenge you faced while making the game?

Porting was a convoluted and manual affair only made possible by coding wizard Richard Reavy of 4JStudios.

He took on the task of converting my primitive ActionScript 2.0 Flash game (that relied extensively on vector graphics) and made it all run natively and smoothly on most iOS devices.

Adobe's AIR just wasn't an option without ActionScript 2 and tessellated vector support. The way he made it work still baffles me, but it runs beautifully.

You also worked on a game for the Amiga called Odyssey. Could you tell me a bit about that?

Going back 19 years is scaring the hell out of me, but I've very fond memories of our first platform game.

It was a spare time indie project I took on with a school friend Chris Mullender (who later went on to work as a lead coder at VIS and 4JStudios in Scotland).

I remember touting the game to companies in London like Psygnosis and The Bitmap Brothers's own publisher Renegade Software.

I was just a kid walking into these places we practically worshipped on the slim chance they'd take us on. Sadly, they didn't.

Fortunately, though, one publisher did... Audiogenic. And after two years, we had our very own game on the Amiga shelves across Europe while we were still at college.

That was quite a dream come true!

It was just a shame we hit the market in 1995 while it [the Amiga] was on its way out and the home PC was coming to the fore. 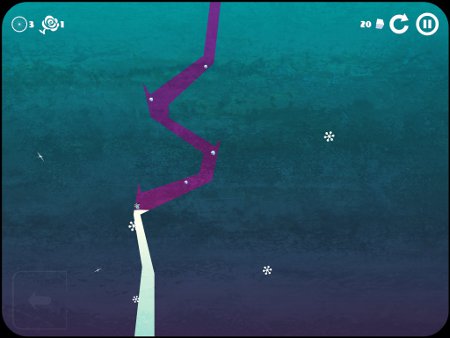 Could you tell me about the differences between working on Odyssey and Icycle?

Odyssey was a joystick-controlled platformer where your unique abilities were those of various animals into which you morphed.

Changing into the spider let you crawl around walls; the rock monster let you roll over enemies and smash down walls; the grasshopper let you jump vast distances; the eagle let you swoop though the sky.

This gave the game a lot of scope for unique puzzles and control mechanics.

The development of Icycle, however, was a very different process and presented a different set of challenges. With no enemies or varied abilities for the character, the level design relied entirely on the scenery being a dynamic and highly bespoke enemy itself.

With frequent time challenges as the scenery cracked, crumbled, rolled, folded, melted, and so on. The design process was often like steering an unpredictable tidal wave for an inadequate surfer.

Free of any rigid tile-based system, I was able to take that wave wherever it wanted to go. In that sense, then, it was a very analogue, organic, and bespoke way of making a platform game compared to making something like Odyssey.

I think I have Flash Pro's vector-friendly timelines to thank for that. Why lock yourself into a tile-based system when you don't have to?

Which game of the two did you prefer making and why?

Icycle was a very insular experience, which perhaps suited the theme. However, I do find working alone tough at times, as you've got nobody off of which to bounce ideas, so it's always a heavier boulder to push up hill.

Odyssey was a collaborative effort where I had a talented coder at the helm. So, it was also a faster process. I think both games pushed the genre in interesting directions and were created decades apart, so I don't really have a preference.

What are the main ways you think smartphone and tablet gaming has changed the platform genre?

I think free / endless-runners and games like Badland have shown how platform game sensibilities can work with single-touch control systems.

There didn't seem to have been much need to evolve the genre that way before touchscreen came along, as buttons were always aplenty. 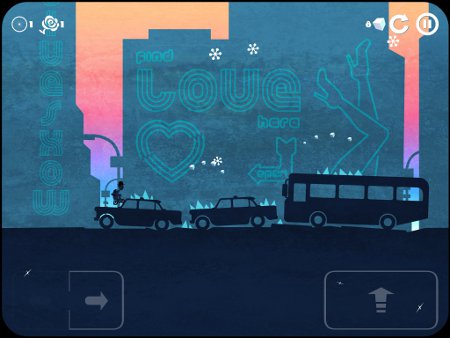 Is there more room to innovate in the genre in the smartphone and tablet sphere?

I think Icycle pushes the platform game experience forward, albeit not in the controls sesne. With multi-platform in mind, I've stuck with a classic platform control mechanic.

Non-spatial specific or gesture controls seem like the ideal way to fully harness the screen's native qualities as a control system in its own right.

I think it's actually a limited interface for responsive controls, but I'm confident complexity always arises from simplicity, so single-touch and gesture may still have lots more to offer.

Having said that, Superbrothers: Sword & Sworcery used a point-and-click-style navigation system well. Although it does include combat, I don't think this sort of game fits into the platformer genre.

Tilt / gyro controls seem unlikely to be responsive enough for what is usually a platform game requirement - directional responsiveness.

These two words are at the crux of the chalk and cheese relationship between platformer and touchscreen.

Where do you see the touchscreen platformer going in the future?

Now I really come to think of it, I'm not sure I've played many platform games on touchscreen.

I certainly didn't refer to any when creating Icycle. I struggle to think of any, since I was put off by unsuitable UIs in the past.

I don't think a platform game at its purest and best will ever truly feel at home on touchscreen, but I hope I'm proved wrong!

Do you have any other platformers planned?

Out of over a dozen game ideas on the boil, none is a platformer. One thing I've noticed over my gaming years is my own change in taste for games.

An unfortunately growing susceptibility to nauseating games with rotating or FPS cameras (that's right: I can't even play my own Mocha Coma dream level in Icycle without feeling sick!) means that my own limitations as a player are having a very defining effect on my direction as a developer.

If you had to choose, would you rather play a touchscreen or console / PC platformer?

If the game requires tight responsive controls, its pretty hard to compete with console / PC. So, handheld consoles would be preferable to pure touchscreen on the go.

But I just haven't carried one of those for years, and I do miss games like Castlevania on Game Boy DS.

However, I have been salivating over Vita from a distance, so if my boss (me) lets me buy one, I'll find an excuse to pocket such a lovely piece of suitable hardware for platforming on.

I'd certainly love to get Icycle on there, as it would appear ideal for the platform.

[Update] The amazingly weird and unique platformer iCycle: On Thin Ice is finally out on Android

The deliciously quirky platformer Icycle: On Thin Ice is now out on Apple TV