This week the App Army examined I Love Hue where the aim of the game is to organise different hues into the correct order.

Grab a copy of I Love Hue from the App Store or Google Play.

The first impression of I Love Hue is that it's pretty good. As far as a puzzler goes this one is relaxing and there are no IAP's being crammed down my throat.

Gameplay is simple and the colours are quite easy on the eyes. I can see this getting boring eventually but it's a good mellow puzzler for now.

I like this game, it's relaxing and doesn't require a lot of brain power to play. I do find that passing a level seems to be trial-and-error as it can be difficult to tell the shades apart.

It's fun in short bursts and is not competitive like most apps are, but I don't think I would spend any money on this. 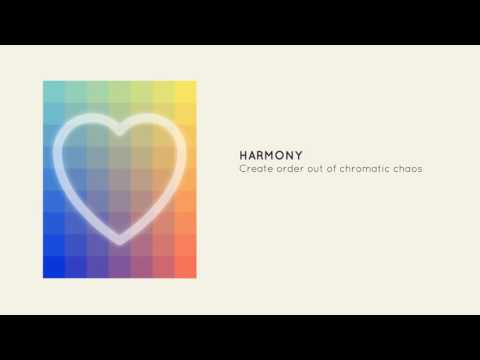 I am a fan of puzzlers but this one is a bore and offers little challenge. I won't deny it is relaxing and the aesthetics are good, but the gameplay is far too easy and does not evolve.

I wouldn't recommend this if you're looking to spend more than five minutes playing at a time.

I Love Hue is a colourful, pattern matching game where the only skills needed to play are paying attention and have a keen eye to distinguish colour tones.

The game is relaxing but it needs more variation in the patterns. I would recommend playing this in the evening before going to bed.

The game is nice and simple to learn and difficulty increases when more tiles are added. The game lets you play at your own pace, making it perfect to just pick up and play.

I seem to play this game just before going to bed because it relaxes me for sleep, however I bet this would be a nightmare for people who are colour blind.

Extremely pretty app but the gameplay is rather dull. It can be frustrating to finish a level and can be hard to distinguish colours.

It's an interesting concept but not totally original. It's very relaxing and a good challenge and I have enjoyed it so far. I would recommend it anyone looking to play a game that isn't too easy or hard.

The gameplay I found a bit unchallenging as it seems mostly trial-and-error, but it's pretty bug-free. They should include some sort of penalty for wrong guesses.

The App Army is Pocket Gamer's very own community of mobile game experts. Each week, we provide them with a bunch of free codes and early access to the hottest upcoming games so they can provide their thoughts in features like this. To join, simply follow this link to the page on Facebook and request access. We'll get you in right away!
Next Up :
App Army Assemble: Where's Samantha? - "Does this puzzle-platformer spin a good yarn?"

I Love Hue, the colour-organising puzzler, is out now on iOS and Android

I Love Hue is an upcoming puzzler all about organising colours