Out at midnight: I Am Dolphin is a goofy but impressive physics-based dolphin simulator

iOS
| I Am Dolphin

I Am Dolphin is the name of a real game. It's coming out at midnight on iOS. It looks pretty great.

Simply put, I Am Dolphin is a physics-based dolphin simulator. Playing as either Bandit, Simon, or Zoey, you eat fish, avoid sharks, and generally mess around in the water.

You can even torpedo out of the water, somersaulting into the air, recreating that magical moment in Ecco the Dolphin.

The team behind the game has put a lot of effort into getting the fluid motion of being a dolphin right.

It's quite impressive, allowing a lot of freedom for movement; from sharp about turns to slow, graceful arcs. 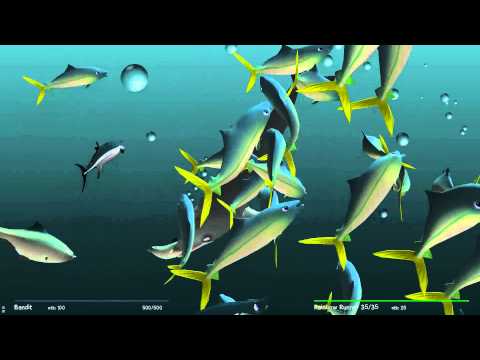 Mastering this movement is the aim of the game, really. As if you do, you should be able to catch fish with ease.

That said, the fish and sharks in I Am Dolphin aren't devoid of intelligence. The sharks in particular are terrifying.

There are nine different types, each of which have their own type of behaviour.

Some will lurk in the darkness waiting for you to swim along. While others will lunge at you on sight, betting that you can't get away fast enough from their jaws.

I Am Dolphin will be available to purchase for £1.99 / $2.99 on the UK and US App Stores at midnight.
Next Up :
Gomorrah is an upcoming interactive crime drama for mobile and PC based on the popular Italian TV series

How to get Mewtwo in Pokemon GO